Life Stories of 24 Tirthankaras of the Current Time Cycle

Param Pujya Dada Bhagwan says, “Bhaav shakti (the energy of intent) is a tremendous energy.” It can make one ‘the all-powerful’ in the world. However, not everyone manages to have such superlative bhaav shakti. “A few rare people are able to rise all the way to the top and demonstrate such incredible power, like the Tirthankar Bhagwan!!!”. So, what is the meaning of tirthankar?

A Tirthankar is the One, who in His penultimate human birth, has harboured an extraordinary strong intent of ‘Sarva Jeev Karu Shaasan Rasi (May I inspire every living being towards salvation)’. The energy of this intent is so strong that He ends up creating the most auspicious Tirthankar-naam-karma for Himself. Consequently, in the next human birth, this naam-karma unfolds and He becomes the Tirthankar (the ford-maker)! He attains Keval-Gnan and then Moksha (final liberation). He is commonly referred to as a Jain Tirthankar but He is never confined to any religion; He is for the salvation of all. 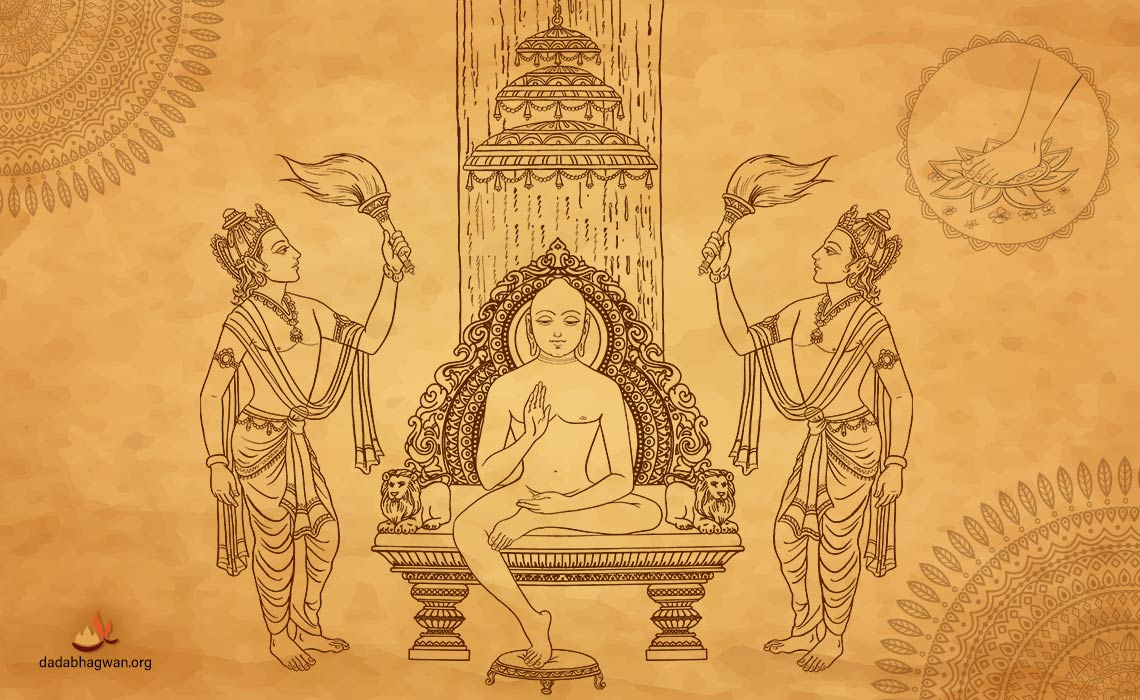 Tirthankar is a very rare and the ultimate status that one can attain in this world! Tirthankar means the founder of the Tirth (a Sanskrit word that means ‘crossing place or ford’), meaning He helps people cross over the sea of innumerable births and deaths. He is also called ‘Jin’, meaning the Victorious One, who has conquered His inner enemies namely anger, pride, attachment and greed. During His lifespan, He helps numerous people attain Keval-Gnan and Moksha. Many others take the path of liberation and make incredible progress in His shelter.

One can attain the ultimate liberation from this world only and only in His presence, not otherwise. On our Earth right now, no Tirthankar is present in person. However, temples are great means, which help people forget their worldly issues and experience immense peace when they worship the idol of Tirthankar. The thing to be asked from Him is only one, “Oh Lord, I do not want anything but Moksha. Please shower your blessings on me so that I meet a Gnani, who holds my hand and puts me on the path of Moksha.”

Wouldn’t you like to glance through the real life stories of such perfect beings?! So come, let us go through the spiritual stories or moral stories of a few Tirthankar Lords, who happened to be in the fourth era of the current time cycle.