The Power of Words: Think before You Speak

Words are powerful. When used correctly they can work wonders. They are like music, when played well, it can change the environment of everything around it, making it positive and delightful. However, if played badly it can make everything negative and unpleasant.

So how is speech spoken? When you pluck a string on a sitar, how many different sounds does it produce? Many. In the same way, as soon as you have the desire to utter just one word, other words will formulate and be spoken automatically.

At times, we even say things we did not intend to say. This is where the subtle science of speech exists. According to Param Pujya Dadashri, the nature of speech is inanimate; it is a record. When you play a tape, does the tape not have to be recorded first? In the same way, the tape of speech of your entire life has already been recorded in your past life. In this life, it is only playing. Just as a tape record starts playing when the needle is placed on the record, your recorded speech beings to play as soon as the appropriate circumstances arise.

Param Pujya Dadashri has also revealed the true nature of speech, the relationship between inner intent and speech, how to stop lying, power of words, how to attain the power of speech and much more.

Read on to learn the very intricate science of speech and the power of words.

Pujya Niruma describes the qualities required for powerful and persuasive speech, explaining that the quality of ego behind one's speech is of utmost importance. 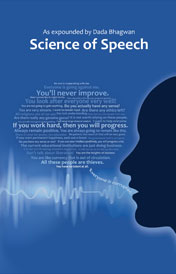 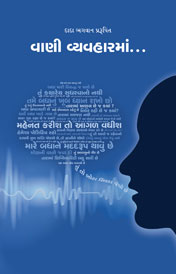 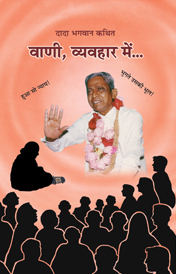