Abhinandan Bhagwan Stories: Exploring the Past and Last Births

Abhinandan Bhagwan was the 4th Tirthankara of the current time cycle. He was born in Ayodhya. His father's name was Samvar and mother's name was Siddharti. Abhinandan Prabhu was 350 bows tall and possessed a golden complexion. His symbol is ape / monkey.

After a long lifespan, He took Diksha with 1000 ascetics. He attained Nirvana on Sammet Shikhar mountain.

Let’s now go through the life stories of the Lord’s past two births, prior to His birth as Tirthankara. Finally, we will go through the Abhinandan Bhagwan story.

In His previous incarnation, Lord Abhinandan was King Mahabal. He was the King of Ratnasanchay city in Manglavati Vijay in Jambudweep in Purva Mahavideh Kshetra. Although a King, he was a simple and a humble person. He practiced religion wholeheartedly; he used to donate a lot and ruled the kingdom humanely. 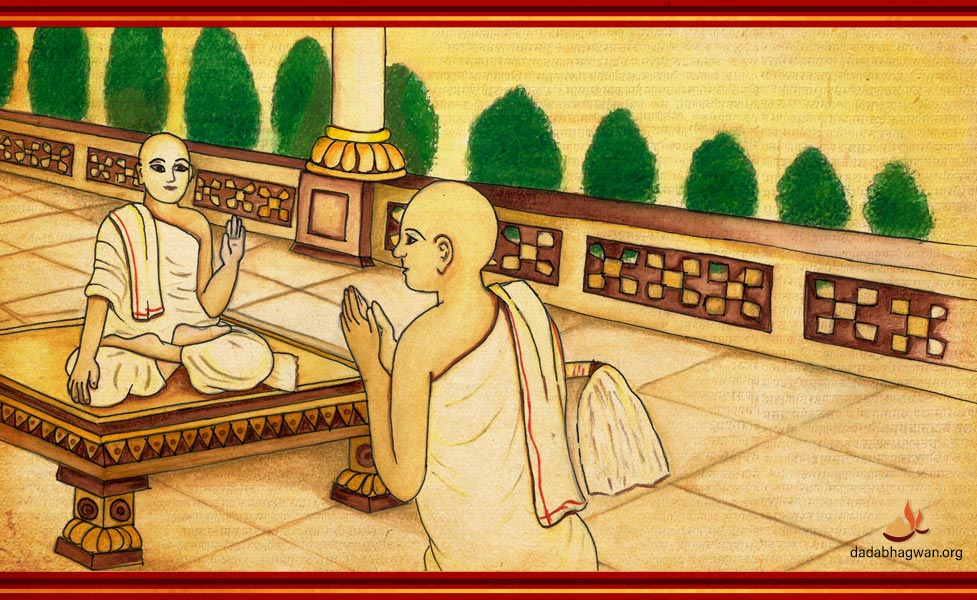 After running the kingdom for many years, he felt within that the ultimate goal of his life is Moksha. With that intent, he took Diksha from Acharya Shri Vimal Suri. Upon taking Diksha, he did severe penance, practised meditation and remained humble. Seeing a great King like him renouncing the world and going to the jungle, people started praising him. However, whether people praised or criticized him, it did not affect him; he always remained humble and equanimous.

Due to the deep meditational practices and severe penance, he acquired the Tirthankara-naam-and-gotra-karma. He abandoned food and later died, after which he reincarnated as a celestial being in the Vijay Vimaan heaven.

In the next birth, He descended into the womb of Queen Siddharti, the wife of King Samvar of Ayodhya in Bharat Kshetra. While He was in the womb of the Queen, everyone in the kingdom was very happy and elated. Therefore, when the Queen gave birth to this child, He was named Abhinandan, which means conveying happiness.

Tirthankara Abhinandan as the Prince and the King

When Prince Abhinandan grew up, He got married. Time passed by and everything was running smoothly. One day, King Samvar decided to take Diksha, and therefore, he crowned his son, Abhinandan, to be the next King.

On the Path of Renunciation

King Abhinandan ruled the kingdom for many years and He gave a lot of happiness to His people. Then, upon the request made by the celestial deities, He decided to take Diksha. Prior to taking Diksha, He did varsi-daan, meaning He donated for a year. 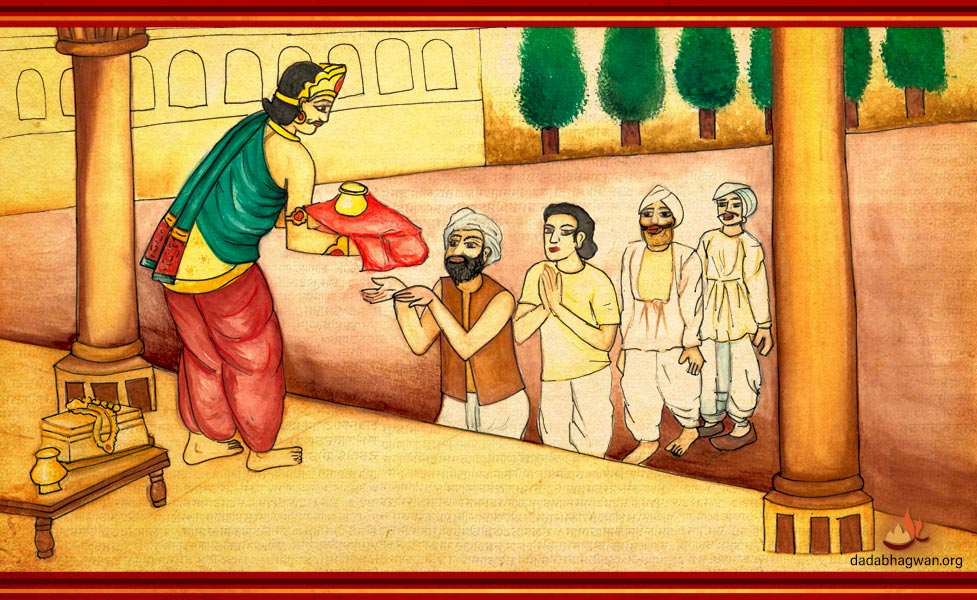 After some time, He attained Keval Gnan. Consequently, He gave Deshna to thousands of people and helped them progress on the path of liberation. In His Deshna, He described the Asharan Bhavna, i.e., one is an orphan in this world, listening to which, many people were inspired to renounce the world and get onto the path of liberation.

Another Story on Asharan Bhavna

There is a story of Anathi Muni during the times of King Shrenika and Lord Mahavir, the 24th Tirthankara of the current time cycle. King Shrenik once went to a jungle for hunting. He was in his own world of power and splendour, and killed many animals without realizing the result of doing so. It would bind demerit karma and would take one to hell.

In the jungle itself, once, he saw a good-looking young sadhu doing meditation. Looking at his aura, the surprised King pondered as to how can one do such severe penance at a very young age. The King asked him why he left his kingdom at a young age. He then said that he should go back to his worldly life. However, the sadhu told that he was not at all interested in all that; he had already experienced everything and felt like an orphan. He did not feel that He had anyone for him in this world.

Upon hearing this, the King assured to take care of him and requested him to fulfil his karma. However, the Muni denies. This was because of his experience in his past life. In that life, he was very rich and powerful, and had beautiful queens. Once he was suffering from a disease which was intolerable and the eyes were hurting like anything. His dad spent a lot of money for the treatment but still the pain did not subside. Even his elder brothers and sisters could not help in reducing the pain. That’s when he felt like an orphan. Despite having his family, he used to feel as an orphan. His beautiful wife was serving him 24 hours but still was unable to take away his pain.

One night he felt detached from everything and thought of leaving the kingdom if the pain vanished. Interestingly, that very night he felt no pain in his body after which he took Diksha. He then acquired the knowledge of the Self.

Lord Abhinandan had 3 lakh Sadhus and 6,30,000 Sadhvis, 2,88,000 Shravakas and 5,27,000 Shravikas. His chief disciple was Vrajnabh. He had 116 Gandharas (chief disciples of the Tirthankara). Yaksheshwar Yaksh Dev and Kalika Devi are His Shaasan Dev and Shaasan Devi, respectively. Shree Abhinandan Swami attained Nirvana at Sammet Shikharji along with 1000 Sadhus, and went to Moksha.

Upon reading this story, let’s pay our heartfelt obeisance to Abhinandan Bhagwan and learn from His preaching on Asharan Bhavna describes the pain and the agony of living a life as an orphan in this world. The Lord’s teachings inspire us to seek the shelter of the living Gnani Purush and attain from Him the knowledge of our Self. This will help us become one with the all-powerful Soul, which is our real Self.