Padmaprabha / Padmaprabhu Swami Stories: Exploring the Past and Last Births

Lord Padmaprabha, also known as Padmaprabhu swami, is the sixth Tirthankara of the current time cycle. He was born in Kaushambi. His father's name was King Dhar and mother's name was Queen Susima. He had a height of 250 bows. His symbol is lotus.

Let’s now go through the life stories of the Lord’s past two births, prior to His birth as Tirthankara. Finally, we will go through his final birth story.

Maharaja Aparajit was the King of the Susima town in Vatsa Vijaya in the Purvavideh zone in the Ghatki Khand dweep. Still, he lived a simple life and was a religious person. People used to learn religion just by observing the King. He never used to get angry on anyone. He was a Sheelvan and always favoured the truth. He was never attached to money, power, or anything considered materialistically superior.

After having ruled over the kingdom for many years, once he listened to the Deshna of a Tirthankara. Upon listening it, he developed a feeling of detachment towards the world and, hence, decided to take Diksha. Thereafter, he performed spiritual practices with great devotion, and as a result, earned the Tirthankara-naam-gotra-karma.

In his next birth, he reincarnated as a celestial being in the ninth heaven.

The Last Birth as a Tirthankara Bhagwan Padmaprabha Swami

After completing the lifespan in the ninth heaven, Lord Padmaprabha descended into the womb of Queen Susima, the wife of King Dhar ruling in the town of Kaushambi, now in Uttar Pradesh. When in the womb of His mother, Queen Susima felt like sleeping on a bed made up of lotus flowers (padma-shaiyya). Even the newborn’s face possessed a soft pink glow akin to a lotus flower. Thus, He was named Padmaprabha and has the symbol of lotus. 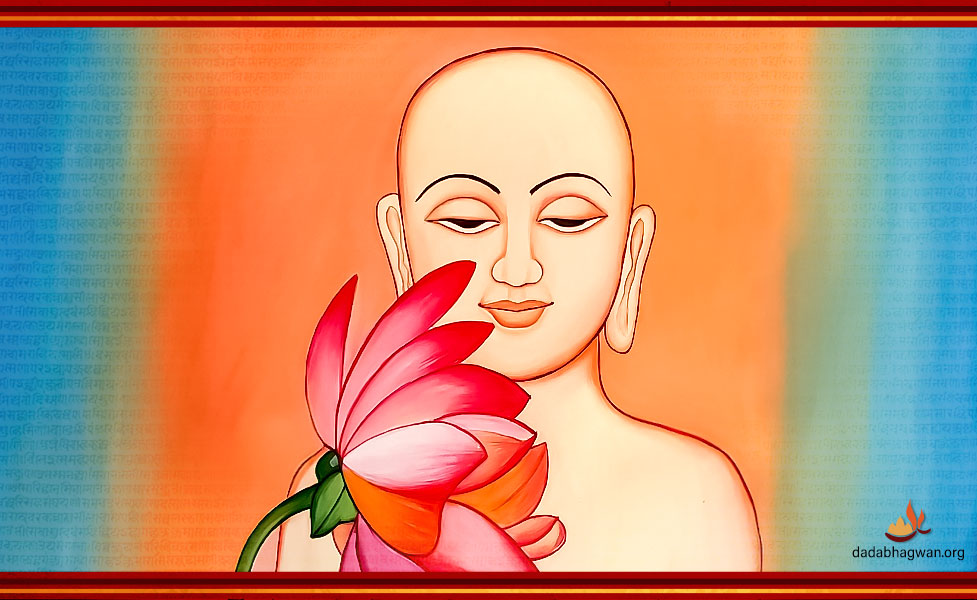 He was born with the intent of world’s salvation and had three types of spiritual knowledge namely, Shrut, Mati and Avadhi, right from birth.

In the due course, He grew young. His parents got Him married and crowned Him as the next King. He ruled the kingdom for many years. He then took Diksha, and six months later, He attained Omniscience (Keval-Gnan).

The celestial deities arranged His Samosaran from where He gave His first Deshna, describing the pain and sufferings that one has to undergo in the four life forms (Chaar gatiyo naa dukho). Listening to this, one develops detachment and consequently aspires to escape from wandering in any of these life-forms and longs to get Moksha.

The four life forms (4 gatis) are:

The Universe, which is in the shape of a standing human being with legs apart and hands on the waist, is divided into three parts:

So, we are in the middle world of the Universe.

Pain in the Tiryanch Gati: 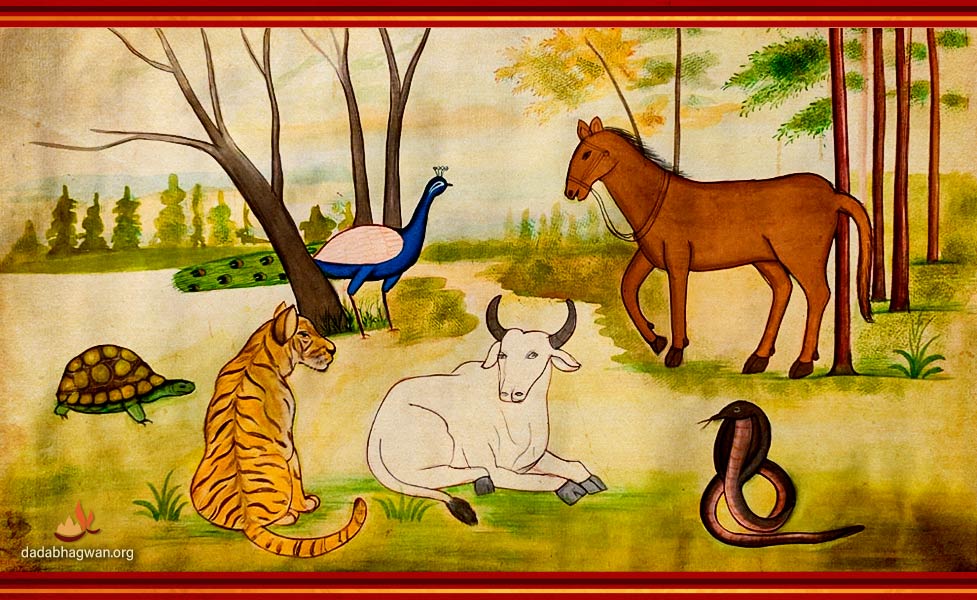 Tiryanch consists of all living beings other than the humans, ranging from one-sensed to five-sensed living beings. One-sensed living beings encompass trees and they have only one sense, which is of touch. There is enormous pain these beings undergo. They suffer immensely in the scorching heat, torrential rains, and biting cold but have no means to express the pain. So, they bear it internally.

On the natural path of development, these creatures gradually progress to become a two-sensed, three-senses, four-sensed, and finally five-sensed living beings. However, this journey involves several lifetimes.

Animals such as fishes are five-sensed living beings who experience immense suffering. They are unable to speak. When they feel hungry or thirsty, whom do they tell? Whole day long, they are busy searching for food day and night, and keep running away from their predators.

Pain in the Manushya Gati:

Later, when the five-sensed creatures evolve completely, they come into the human life form where the mind, intellect, consciousness and ego as well as anger, pride, deceit and greed are in a highly expressed form; in the other life-forms, these are in a dormant or meagerly developed form.

Why so? This is because there is a sense of doership that arises here. In the human life form, one feels, “I am only doing; I am the doer.” Due to this false assertion or imposition, one binds karma and experiences great suffering. While the old karma continues to discharge, one keeps binding new karma. Thus, the vicious cycle of birth and death marked by suffering goes on and on. Furthermore, during the nine months while in the small womb of the mother, one has a lot of pain and suffering. 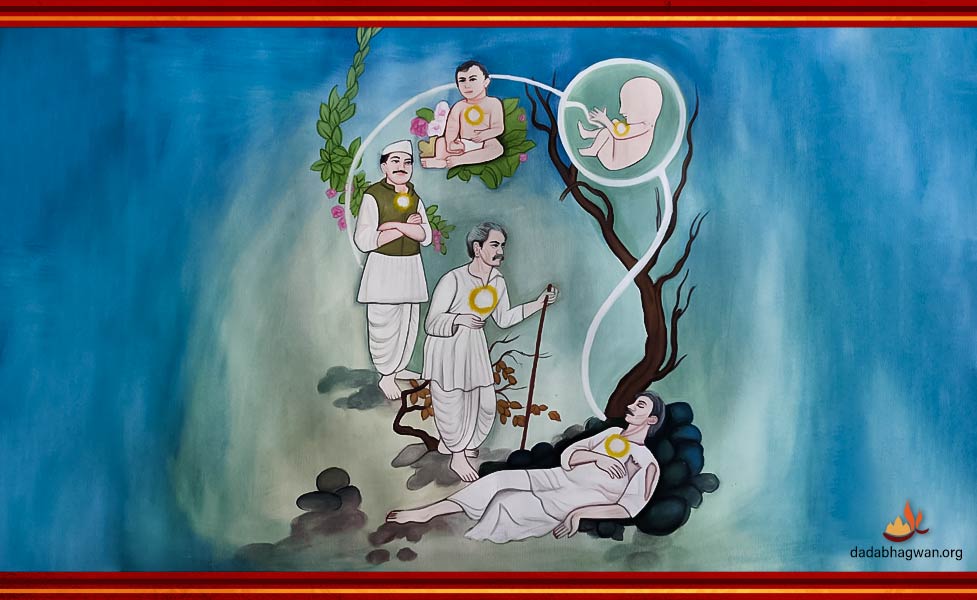 So, the Tirthankara Bhagwan has shown the path of salvation. If one wants to get rid of this vicious cycle of birth and death, the only solution is to go to Moksha. Until one does not go to Moksha, this cycle continues endlessly. During the entire evolution process, one passes through 84 lakh types of forms, such as microbes, trees, insects, bugs, animals, and only thereafter, after having gone through countless of reincarnations, one earns the right to be born as a human being. Therefore, human life is the most precious one.

We all have already obtained this most precious human life. Now, to make the best use of it, it calls for our effort. As we understand the real value of it, we get automatically driven towards it.

Pain in the Dev Gati 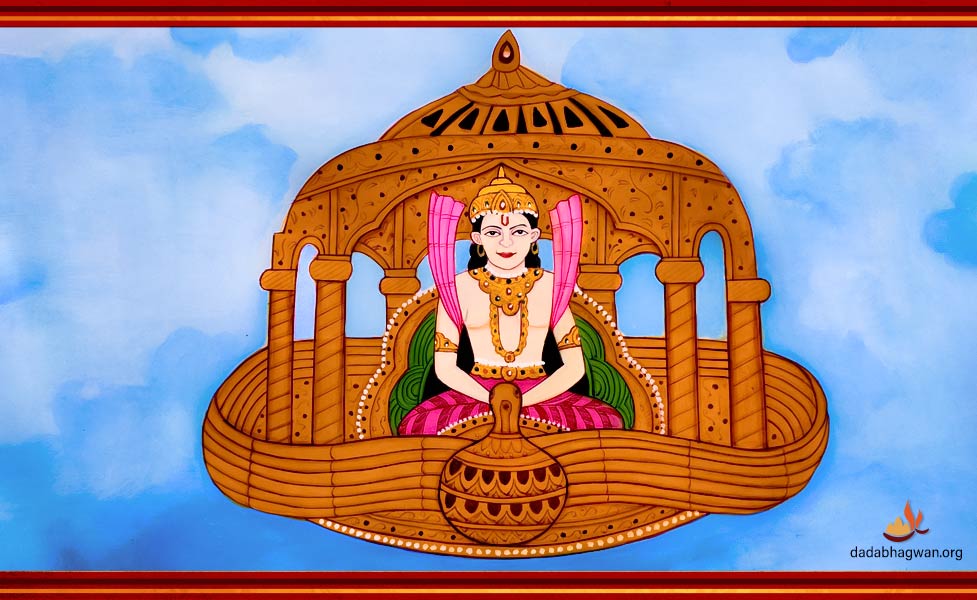 In the upper part of the Universe, there is celestial world, where there is enormous comfort, luxury and happiness; but it is all external. Internally, they too experience suffering owing to the passions of jealousy, violence, hatred, greed, pride, and competition. Moreover, six months prior to their extinction of being a celestial being, they realize that now they will have to go to a lower life form. This causes great agony to them.

Pain in the Narak Gati:

The pain in this gati, which is hell, is so horrendous that it cannot even be described in words. There is extreme heat and extreme cold, which we cannot even imagine. This affects the hellish beings unimaginably. 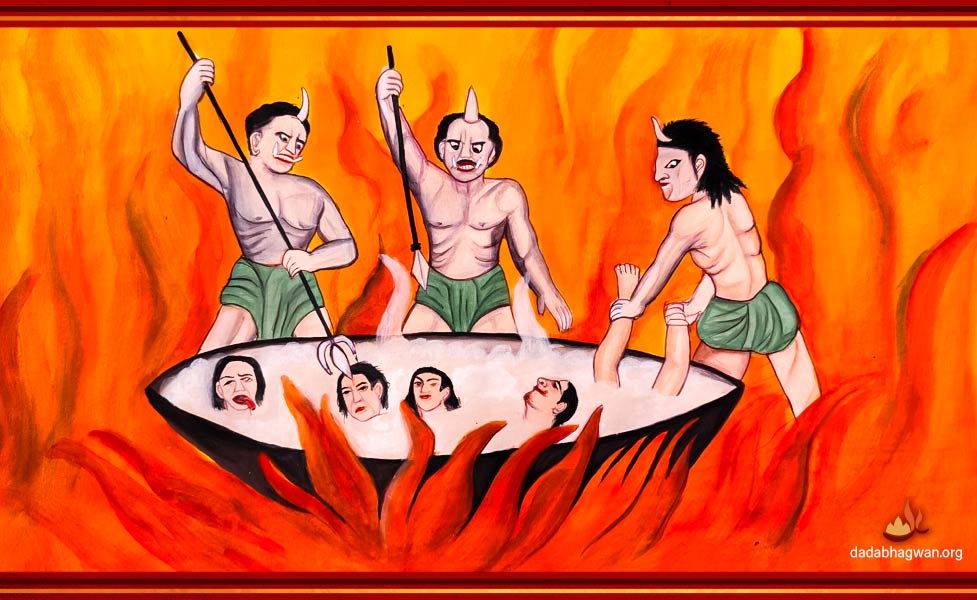 Moreover, the body of hellish beings is made up of matter such as mercury. Just like mercury that merges together even when cut, the body in hell is such that its parts merge and become intact when cut into parts. One cannot escape the sufferings of hell at all; it is mandatory to finish the lifespan there with all these extreme sufferings. This lifespan is very, very long; until then no matter what, one cannot die.

Thus, there is pain and misery everywhere. The main reason behind this is one’s lack of understanding. Our understanding is, “I am suffering;” whereas in reality, all of it is happening to the body only. In reality, you are not the body. Hence, the belief of ‘I am suffering’ is illusionary. We believe ourselves to be what we are not, that is called illusion. When the illusion goes away, we realize that “I am not this body; I am a Pure Soul.” When we experience the Soul, the most sought eternal bliss is experienced. However, this experience is attained only when one attains the human life form as well as gets the company of the Enlightened person.

Since countless lives, we have been wandering in the four life forms, trapped in the vicious cycle of birth and death and suffering enormous amount of pain and misery. However, there seems to be no end to it. Now that we have secured a human birth, we need to understand that it is the most precious of all. This is because we stand a good chance of liberation from here.

So, Shree Padmaprabha Swami effectively described the pain of wandering in the four life forms. Listening to His Deshna, a lot of people renounced the world and took on the path of Moksha. He had 107 Gandharas (chief disciples of the Tirthankara). Kusum was His Yaksh dev and Achyut was His Yakshini devi. He had 3,30,000 Sadhus, 4,20,000 Sadhvis, 12,000 Keval Gnanis, 2,76,000 Shravaks, and 5,000 Shravikas.

Propagating the science of liberation for a long time, Padmaprabhu Swami wandered around from one place to another, and opened the doors of Moksha for several people. At last, He arrived at the Sammed Shikharji mountain from where He attained Nirvana.