Shree Dharmanath Bhagwan: Exploring the Past and Last Births

Recognized by the thunderbolt symbol, Dharmanath Bhagwan is the 15th Tirthankara of this current time cycle. Born in the Ratnapur city, He was the son of King Bhanu and Queen Suvrata Devi. After a long span of life, He took Diksha and attained Nirvana. Kinnar Yaksh Dev and Kandarpa Yakshini Devi are His Shaasan Dev and Shaasan Devi, respectively. 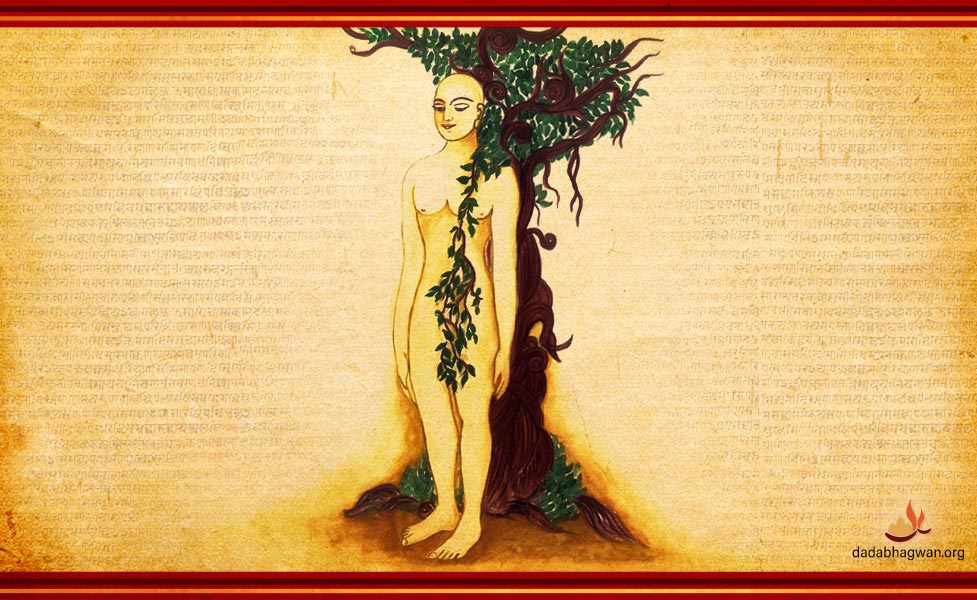 Let’s now go through the life stories of the Lord’s past two births, prior to His birth as Tirthankara. Finally, we will go through His final birth story.

Lord Dharmanath, in His third-last birth, was born as a King named Dridhrath in the city of Bhaddil in Bharat Vijay located in the region of Mahavideh Kshetra in Ghatki Khand. He was a pious King who ruled his kingdom with purity. Distinctly, he ruled with detachment just as a guest in his own home.

Even Param Pujya Dada Bhagwan, the spiritual scientist of the Akram path to liberation, used to live like a guest in His own home. Does a guest have any tension or need to do anything? Does the guest even have to interfere into anything? No, right? The other members of the home, as the hosts, keep everything, ranging right from towel to food, ready for the guest, right? Thus, He used to say to live like a guest at home.

Similarly, King Dridhrath ran his kingdom like a guest. After some time of ruling the kingdom, he took Diksha and profoundly worshipped and sang praises of the Tirthankaras. As a result, he gained the Tirthankara-naam-gotra-karma. After completing his lifespan, he took birth as a celestial being in the Vijayant Anuttar heaven. Here, he had a very long lifespan.

The Last Birth as a Tirthankara Bhagwan Dharmanath Swami

After completing the lifespan as a celestial being, the Soul of King Dridhrath descended into the womb of Queen Suvrata Devi who was the wife of King Bhanu of Ratnapur city in Bharat Kshetra. When this Soul was in the womb, the Queen was much active in religious activities and many religious desires were occurring from within. Due to the increased inclination towards religion, the parents named their son as Dharmanath. 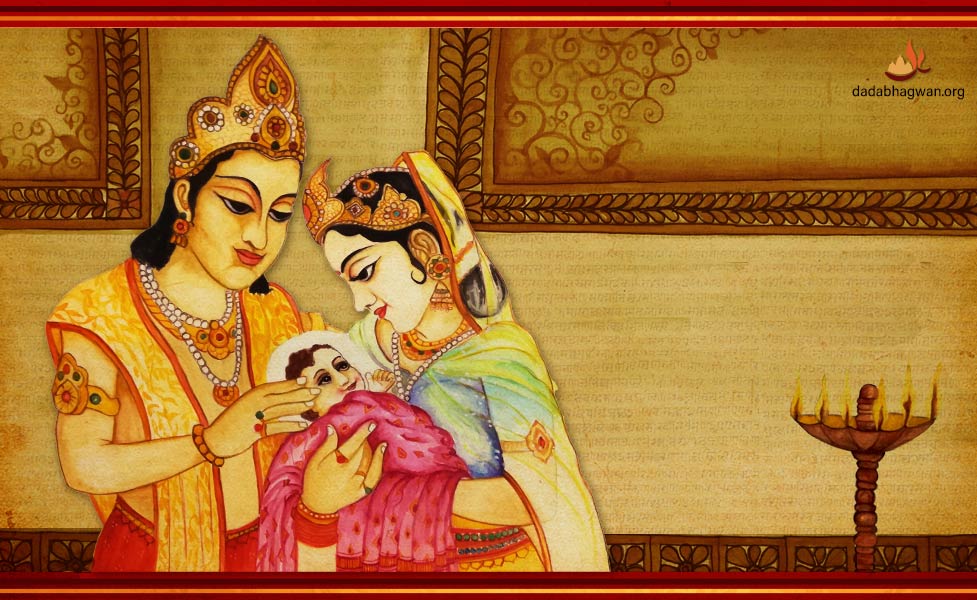 The son had a golden complexion. His childhood was spent in learning the diverse types of eruditions. In His youth, He got married and was coronated as the King.

Upon the request of a few celestial beings, King Dharmanath took Diksha. After two years of taking Diksha, He attained Keval-Gnan (omniscience, absolute knowledge). After Keval-Gnan, the celestial beings arranged a Samavasaran wherein He presided to give insightful Deshna. Thousands of people of different villages used to come to listen to the Deshna of the Tirthankara Bhagwan, which was not only blissful but also liberating.

Even the fifth Vasudev of this time cycle, Purush Sinh and Sudarshan Baldev attended the Samavasaran of Lord Dharmanth. After listening to His Deshna, Purush Sinh experienced complete vairagya and consequently attained Samkit (the right vision through Self-realization). Sudarshan took up the Shravak Dharma and attained Moksha.

The Deshna of a Tirthankar Bhagwan is such that it cuts the veils of anger (krodh), pride (maan), deceit and greed or lobh (4 kashays); stabilizes the wandering mind, chit, intellect and ego; and triggers the attainment of samkit. Lord Dharmanath gave a matchlessly insightful Deshna on kashay.

For those who want to attain the ultimate liberation, it is indispensable to either realize the Soul or become devoid of kashays. Deceit and greed go into Raag (attachment), while anger and pride go into Dwesh (abhorrence). If the ignorance of the Self goes away (through Self-realization), both attachment and abhorrence go away, and thus, the kashays go away.

So, how kashays originate? When jad (the parmanus; the subtlest and indivisible sub-atomic particles) and chetan (Soul) come near, their mixture gives rise to the third entity. This is similar to obtaining a third item (such as rose gold) by mixing copper and gold. The third entity that seems to appear from the mixture of jad and chetan is called aham or egoism.

Due to the mixture form (not compound form), the egoism believes that the properties and actions of jad are mine and even the properties of Soul such as infinite knowledge, infinite vision and infinite bliss are mine. It also consequently believes that I am the doer of the actions, which are really taking place in jad. As a result, the egoism becomes the doer. It is called mishrachetan, meaning “I” with the erroneous belief due to the mixture of the Self and the non-Self.

When this egoism feels sweetness, raag occurs. Similarly, where it feels bitter, dwesh occurs. In raag, deceit and greed arise; while in dwesh, pride and anger arise. This is all the game of the jad element, the parmanus. The intent and intensity at which the mishrachetan gets engrossed, in that proportion, the jad parmanus get charged, get collected, and then remains inside the body. This results in the knots of anger, price, deceit and greed, which then discharge when all the conditions come together. Here, discharge means these knots manifest through thoughts, speech and actions. For example, the knot of anger manifests through hurtful speech, violent thoughts, furious expressions, red eyes, and trembling body.

At this time of discharge, charging happens continuously due to the wrong beliefs of doership and ownership (of body). This vicious circle of charging and discharging karma due to kashay continues for infinite lifetimes, as there is lack of the knowledge of the Self. When these kashays leave? It is when the awareness of the Self arises (possible only after Self-realization); the awareness starts as, “I am pure Soul. The part of kashay is the non-self. They are what were charged in the past life due to the ignorance of the Self and are now getting discharged.” If this level of awareness or understanding remains at the time of discharge, the kashay shed, the intent of the Self becomes more perceptible and the Self that much comes to light.

Thoughts keep coming; they do not stop. Attachment and abhorrence are in these thoughts when one does not remain in the Self and consequently becomes engrossed in them. This engrossment itself happens with either raag or dwesh. This itself is kashay. However, if one remains aloof and simultaneously remains as the seer and knower, these thoughts shed and kashays do not happen. This is how one progresses on the path of liberation with the knowledge of Self-realization. This is quite subtle; but one needs to remain aware each second and for each thought that comes! With such awareness at the thought level, the karma does not bind.

To get devoid of kashays, it is indispensable to ask for forgiveness, repent heartily for the kashay done and make a firm resolution of not repeating it again. This is a three-step process called Pratikraman, which should be done instantly once any kashay happens. It makes one feel lighter and releases from the bondage of kashays. Kashays make us dependent on the non-Self, while pratikraman is the result of being dependent on the Self. Pratikraman is the real spiritual effort, the effort that requires no outside evidence and makes one progress as the Self.

With sincere pratikramans done for each kashay whenever it arises, one can cross the following sub-categories of kashays, each varying in severity:

This is how pratikraman helps not only in reducing the intensity or severity of kashays but also in getting devoid of them. It is because of the kashays that the karmas are bound. They are in the form of causes. Soul is there where there is absence of kashays. As long as there are kashays, the realization of the absolute Self (Soul) is not possible.

Finally, coming back to Dharmanath Bhagwan, He had 43 Gandharas (chief disciples of the Tirthankara). He also had lakhs of Sadhus, Sadhvis, Shravaks and Shravikas all of whom attained Gnan and got liberated forever from the cycle of birth and death. Along with 108 munis, He attained Nirvana from the Sammed Shikharji Mountain.

This is how a Tirthankara becomes the supreme medium (nimit) in liberating crores of people.