Vimalnath Bhagwan Stories: Exploring the Past and Last Births

Recognized by the wild pig symbol, Vimalnath Bhagwan is the 13th Tirthankara of this current time cycle. He had a golden complexion and was as tall as 60 bows. He had 57 Gandharas (chief disciples of a Tirthankara). Shanmukha is His Yaksha Dev and Vidhita is His Yakshni Devi. Swayambhu, the third Vasudev of the current time cycle, obtained the Samyak Darshan (right vision) from Vimalnath Swami.

Let’s now go through the life stories of the Lord’s past two births, prior to His birth as Tirthankara. Finally, we will go through the story of his last birth as a Tirthankara in which He gave Deshna to explain the meaning of samyak darshan.

King Padmasen ruled the kingdom very nicely. After many years of reign, he took Diksha to fulfil the ultimate goal of liberation. During this time, he worshipped an Arihant with such an utmost reverence that he ended up binding the most auspicious Tirthankara-naam-gotra-karma. In this stage of devotion, he left his mortal body and reincarnated as a celestial being.

After completing the lifespan of a celestial being, Shree Vimalnath Bhagwan took birth as Tirthankara. He was born to King Kritvarma and Queen Shyama, in Kampilyapur Nagar (now known as Kampilpuri) in Bharat Kshetra. While he was in the womb, Queen Shyama became completely pure. Hence, He was named ‘Vimalnath’ (Vimal meaning pure).

Upon completing His childhood and to fulfil the wish of His father, Prince Vimalnath got married to finish His karma. He ruled the kingdom nicely for a very long time and then the time came when He took Diksha.

The celestial beings arranged the Samovsaran which the lord presided and gave a beautiful deshna on Bodhi Durlabh Bhavna also known as Bodhi ratna or samyaktva, meaning the right vision. 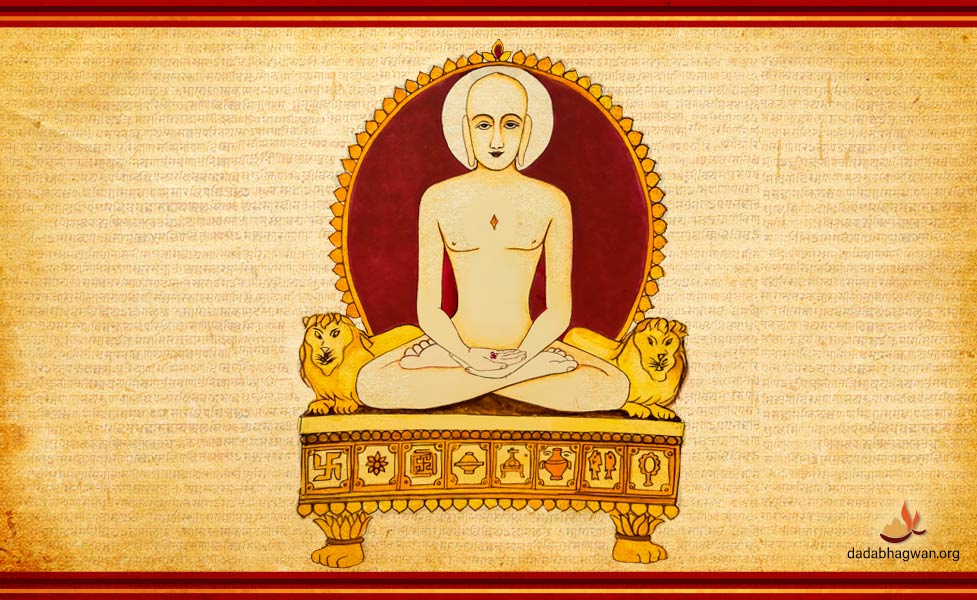 Since infinite times, we have passed through 84,00,000 yonis (life-forms) multiple times. In the human life-form as well, we have taken birth infinite times. Despite that, we do not get liberated from this cycle of birth and death. What is the main reason behind this? Why do we all have to wander endlessly like this? In these wanderings, we have to go through so much suffering. Even if we look into our present life, we’ve suffered so much; our life is full of instances that have given us pleasure and pain, pleasure and pain. Especially in the current era of Kaliyug, these instances are more of pain only, as those of joy are very rare.

Param Pujya Dadashri has clearly stated that in Kaliyug, the time interval between two instances of unhappiness is when the happiness prevails. So, for much of the time, it is pain and misery only. The misery (of hunger, thirst, pain) experienced when born in animal life-form as insects and pests, trees and shrubs, is just tremendous.

We are really God (Soul, Parmatma) and our very nature is bliss, bliss and permanent bliss. The inherent nature of our Self is happiness, eternal happiness; but the experience of that nature has not happened yet. Where there’s nothing but pain and misery only, i.e., in the body-complex; we remain absorbed in that only. The wrong beliefs, which collectively is called ego, suffers the pain; it becomes the doer as well as sufferer. When that ego leaves, all sufferings are destroyed. Only then we are able to experience the Soul, our real Self and this experience keeps one in constant happiness.

So, on one hand is the element of Soul and on the other hand is the element of jad in the form of pudgal parmanu (subtlest and indivisible matter particles). Both have come close to each other, very close; so close that they seem to be one only. This illusionary result of both being one is called ‘ego’. All problems then arise from this ego itself. The belief of this ego changes; this is where illusion arises. The ego becomes engrossed in these surrounding parmanus.

By nature, these parmanus are active, meaning they are always in action; whereas, the nature of the Soul is inactive; its nature is bliss; its nature is to see and know. However, the Soul loses its experience of its nature by getting engrossed into the activeness of jad. The jad element has no property or characteristic of happiness. So, from where happiness will come? The jad element has a hodgepodge of joy and sorrow and right and wrong. So, where it likes something, it gets pleased; and where something it doesn’t like comes forth, it feels unhappiness. From likes and dislikes, attachment and abhorrence keep happening. That’s what is called mithyatva (illusion).

What one is not, in that when one gets engrossed and believes, “I am this and this is mine,” it is called mithyatva. It is mithya darshan (wrong vision); whereas, Samyak Darshan means real darshan (right vision). When one’s vision constantly remains towards the Self, it is called Samyak Drashti.

The reason behind endless cycles of birth and death is mithyatva, mithya darshan. There are three types of Samyak Darshan or Samkit:

Thus, in this way, there is a lot of importance of Samyak Darshan. If the vision or belief comes into one’s pure Soul, then the work (of liberation) is done. Therefore, all Gnanis, all Tirthankaras strived to give this Bodhi ratna to people. We see with our physical eyes and believe perishable, temporary things to be permanent; until here, it is called mithya drashti or mithyatva. When we consider the temporary to be temporary and the permanent to be permanent, that’s when our vision is said to have changed from mithyatva to Samyak Darshan, mithya drashti  to Samyak Drashti.

This change of vision is most crucial. Until then, no matter how much penance one may do, how many mantras one may chant or how many meditations one may take up, as the vision has not yet changed, the wandering in this world shall continue; one will continue to bind karma, good and bad.

Therefore, the Gnanis value this vision (the right vision) the most; it’s even more precious than a Chakravarti’s wealth and kingdom.

There’s a nice story in our scriptures. Lord Rishabhdev, the first Tirthankara of the current time cycle, had 100 sons. His eldest son was Bharat who had immense power. He won over all the kings in the world, yet, he was unable to win the title of Chakravarti because the Rajratna Chakra, a symbol of having attained the title of ‘Chakravarti’ was unable to enter into his kingdom. He was unable to figure out what could be the reason for this. So, he sought the advice of his wise ministers. They revealed the secret to him that although he had won over the kings of the world, his own brothers did not believe in him; they refused to accept him as a Chakravarti from their heart.

His 98 younger brothers, barring their brother Bahubali, went to Lord Rishabhdev complaining that their elder brother was doing injustice to them by not giving them an equal right to rule, which they deserved as they too were His sons. That’s when Lord Rishabhdev gave the Bodhi ratna to these sons telling them –

Their right to rule, or even the kingdom of a Chakravarti, was of no match for the splendour of the Soul, their real Self. Real happiness lies in the right vision that leads to Moksha (liberation). The wealth of a Chakravarti is temporary, whereas the wealth of liberation (Moksh-lakshmi) is permanent. To attain the latter is the ultimate purpose of human life; yet people run after the former despite earning disgrace in the process. This is what is called the wrong vision (mithya drashti). All of this seems to be utter trivial and valueless to the one with the awareness of the Soul.

Thus, Lord Rishabhdev preached His 98 sons that there is no happiness in what you are engrossed; it shall only lead to wandering life after life. So, turn towards the Soul and realize true happiness. Listening to this, all 98 sons agreed and surrendered themselves into the feet of Lord Rishabhdev, took Diksha, attained the right vision, and realized eternal bliss. 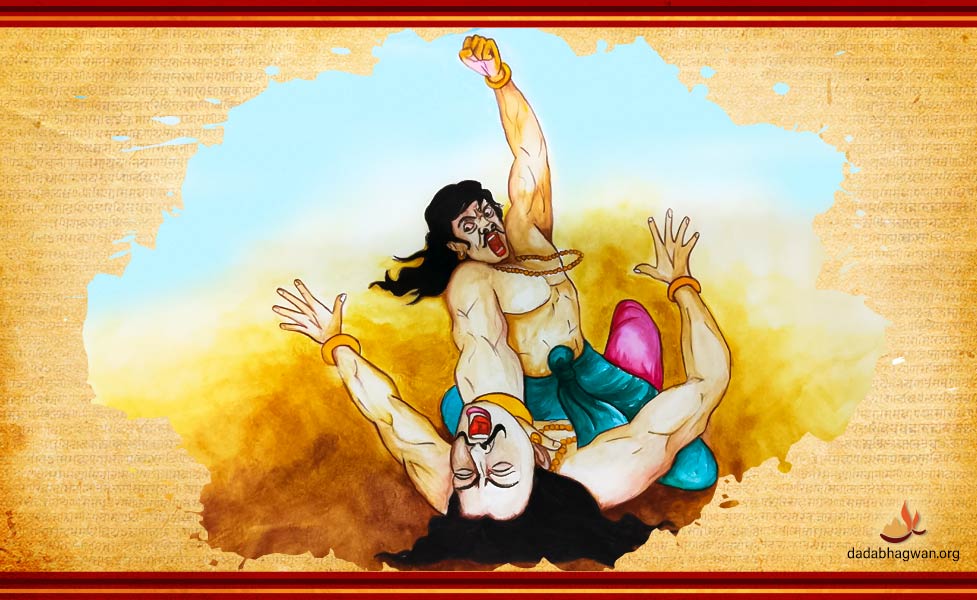 Now, the only brother remaining, i.e., Bahubali still refused to accept King Bharat as the ‘Chakravarti’, as he was extremely strong and powerful, of which he was quite proud of. Hence, both entered into a fight with each other. Out of anger, Bahubali raised his fist to smash down his brother. But soon, he realized his mistake by thinking how could he hit his own brother, and that too, for the sake of the kingdom, which his father and 98 brothers already renounced to attain the eternal bliss of the Soul!

With this, the direction of the hand he had raised to hit his brother, Bharat, now changed! He used the same hand for pulling off his hair and taking Diksha (renouncing the world). However, he felt greatly uncomfortable to go to Lord Rishabhdev to seek Diksha. This is because along with the Lord were his 98 brothers. Although these brothers were younger to him, as they had taken Diksha prior to him, they were considered senior to Bahubali. Hence, he would have to bow before them upon meeting them. 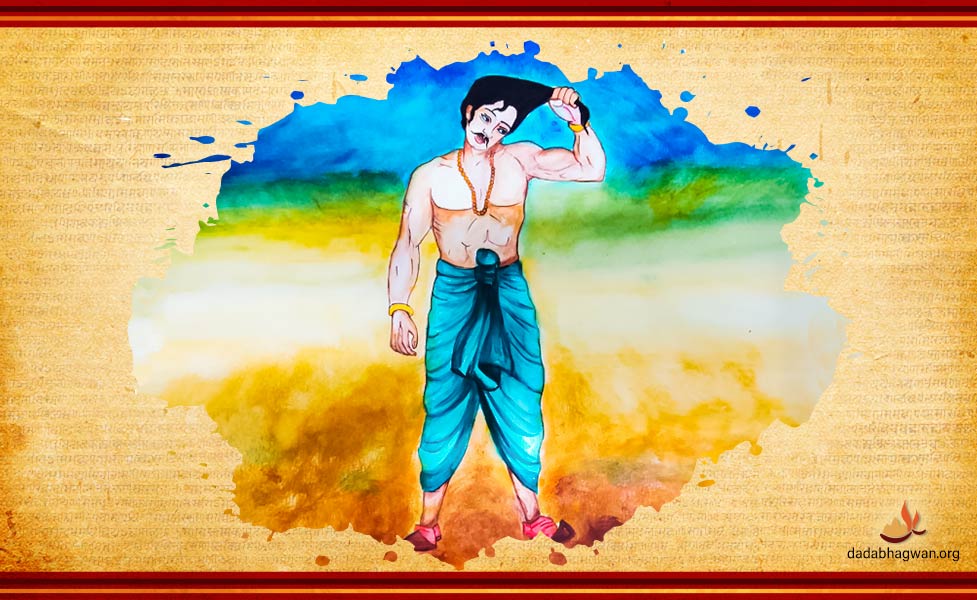 Bahubali’s ego was not permitting him to bow before his younger brothers and remain subservient to them. So, he decided to meditate in the jungle only to attain Keval-Gnan all by himself. He took up extremely severe penance. However, until his ego existed, how could he be liberated? Lord Rishabhdev, well aware of his ego, asked his daughters to go and ease Bahubali’s struggle by alerting their brother.

The sisters came to Bahubali and asked him to get off the elephant. Initially, Bahubali did not understand the message. However, in the next moment, he realized that his sisters were pointing towards his high-raised ego that did not allow him to bow before his younger brothers; he was convinced that this ego was coming in his way of liberation. Thus, he understood his mistake and immediately decided to go to Lord Rishabhdev. The moment he took the first step to meet the Lord, which implied he had set aside his ego; he attained Keval-Gnan!!!

This proves how dangerous our ego is! It is this ego that has made us wander. Until the subtlest of the obstruction caused by the ego does not move, the absolute light of Soul is not manifested. We all know, “I am not this body, I am a Soul.” However, what is this Soul; how is it (what are its attributes) – this should come in our vision, not merely in words but through experience. The day this right vision is achieved, one is bound to get liberation.

This is how Vimalnath Bhagwan gave His Deshna to people. Lakhs of people took Diksha from Him and attained liberation. Finally, He finished all his karmas and went to Moksha from the Sammed Shikharji Mountain!