Naminath Bhagwan Stories: Exploring the Past and Last Births

This is the story of the 21st Tirthankara Lord, Shree Naminath Bhagwan, of this current time cycle. His lanchan, also known as symbol, is blue lotus (neelkamal). His Shaasan Dev is Yaksha Bhrikuti and His Shaasan Devi is Yakshini Gandhari Devi. His complexion was golden and His height was 15 bows. 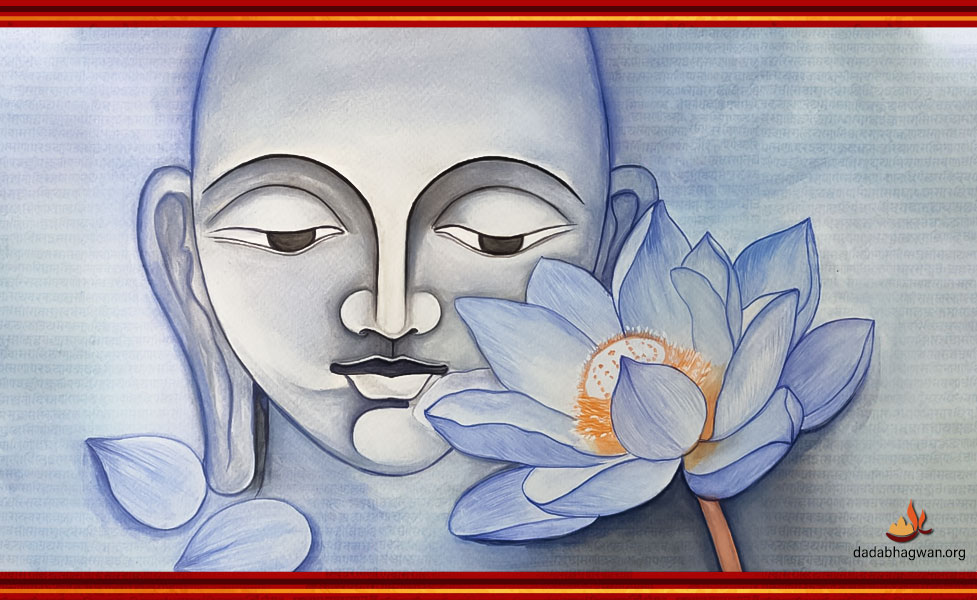 Let’s now go through the life stories of the Lord’s past two births, prior to His birth as Tirthankara. Finally, we will go through the story of his last birth as a Tirthankara in which He gave Deshna on different types of meditation.

In His penultimate human birth, Lord Naminath was King Siddharth, in whose kingdom, peace, justice and religion prevailed. One day, while listening to the discourse of an Enlightened One, King Siddharth got inspired to renounce the world, and thus, he took Diksha.

As a monk, he got engrossed in deep worship and nurtured causes that helped him bind the most auspicious ‘Tirthankara-naam’ karma. He attained Kshayak Samkit (permanent conviction of the right belief, ‘I am Pure Soul’), and in his next birth, reincarnated as a celestial being in the Pranat devlok (one of the 12 heavens), where he continued his worship, remaining in the awareness of the Self.

After several years of celestial life, the Soul of Lord Naminath descended on Earth and pierced the darkness that prevailed on this Earth after the Nirvana of Lord Munisuvrat Swami, the 20th Tirthankara of the present time cycle.

In the prosperous and pious town of Mithila, Queen Vipra Devi conceived Naminath Bhagwan. The same night, she got 14 auspicious dreams. She shared this unusual event with her husband, King Vijay. Upon consulting the experts on this matter, the king was informed that the queen was carrying a child who would become the 21st Tirthankara of the present time cycle!

The Story Behind the Name

Meanwhile, it so happened that a set of kings jointly waged a war on Mithila. King Vijay had always practiced peace with his neighbours, and this time too, he was looking for some peaceful way of resolving the present crisis.

One of the saints in the kingdom advised him that the expecting Mata Vipra Devi be brought forth before the attackers. Accordingly, the queen came on the terrace of the fort, and with great love in her eyes, she glanced at the army below.

The moment she did this, the rival kings experienced unusual peace within and they sensed a deep natural urge to bow their heads in reverence. Recognizing such a glory of this child, even when in mother’s womb, the parents made up their mind to name their divine child as ‘Naminath’ (seeing whom people naturally bow in acclaim).

Finally, Mata Vipra Devi gave birth to an extraordinarily good-looking baby who had a golden complexion and had neelkamal as His lanchan, an auspicious symbol on the body. He was born with three types of spiritual knowledge namely, Shrut Gnan, Mati Gnan and Avadhi Gnan.

The royal couple raised the child with great love and affection. As He grew young, they got Him married to a beautiful princess and handed over the kingdom of Mithila to Him. Do you know, Naminath Bhagwan as a king, happened to be the ancestor of King Janak, the father-in-law of Ram Bhagwan?

After many years of rule, one day, the celestial beings came to remind King Naminath that it was now the time for Him to take Diksha so that He could soon help people in this world attain salvation. As a result, King Naminath took diksha and attained manah paryav gnan, the fourth type of spiritual knowledge to know with absolute precision what’s going on in each one’s mind.

The celestial Gods celebrated this Diksha Kalyanak with great devotion. After nine months, while meditating under a Bakul tree, Naminath Bhagwan attained the fifth and the ultimate Gnan, Keval Gnan (Absolute Knowledge), which is the state of Omniscience.

The celestial beings came down to celebrate this moment with grandeur and get engaged in His service. They constructed a Samovasaran, from where Tirthankara Bhagwan, Naminath Swami gave Deshna to thousands of living beings and preached them the path to right vision/perception (Samyak Darshan).

He further explained to people the four types of meditation (dhyan) namely, raudradhyan, aartadhyan, dharmadhyan and shukladhyan, and their implications:

The lord emphasized that one should, on a priority, refrain from raudradhyan, which meant meditating over how to cause hurt to others, and also desist aartadhyan, which involved causing hurt to one’s own self by worrying, sulking, seeing faults of others, and so on.

Param Pujya Dada Bhagwan highlights one more type of meditation, salient to the present age, which is called apadhyan. This dhyan refers to an internal state or meditation that does not fall under any of the above mentioned four categories of dhyan, but rather, suggests a state of mind where one does some activity but without any intent of serving its purpose or meaning. Therefore, this dhyan ought to be discouraged.

Returning to the story, Naminath Bhagwan spent the rest of His life travelling barefoot from one place to another, giving Deshna to people and inspiring them to adopt the real religion, which is of the Self. Lakhs of people renounced the world, came in His shelter and attained the state of Omniscience; while many others got inspired and adopted the real religion in life.

Finally, Lord Naminath, along with thousands of Sadhus and Sadhvis, arrived at the Sammed Shikharji Mountains and attained Nirvana. Thus, His Soul was liberated from the worldly cycle of birth and death!!! The celestial Gods came down once again, this time, to celebrate the Nirvana Kalyanak of Naminath Bhagwan.

People’s hearts were filled with remorse for having lost their lord’s company, but at the same time, they were joyous too, for the lord had attained the ultimate liberation and He was a Siddha Bhagwan now!

This was the story of our 21st Tirthankara, Shree Naminath Swami, who lived for approx. 10,000 common years (a unit of measurement during those times).