What is the Importance of Self Realization? How is it Beneficial?

Importance of Self Realization 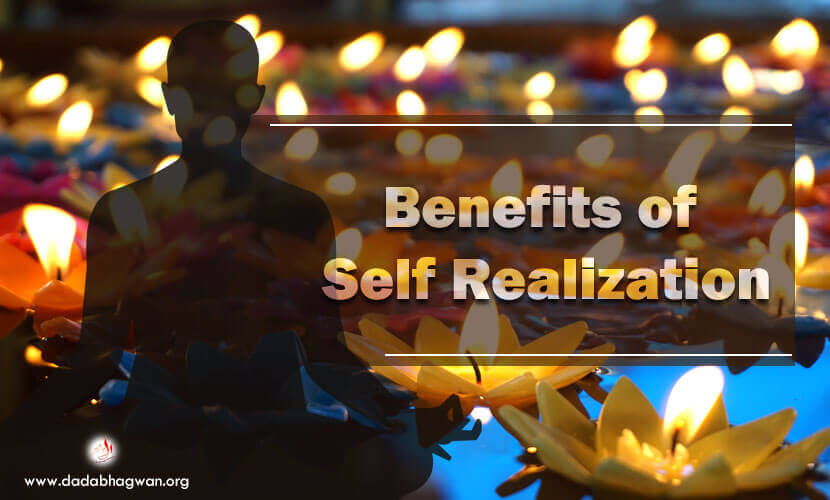 1. You experience endless bliss within; you will not experience any suffering. The bliss (anand) that You experience after Self Realization is the bliss of a state that is free of agitation-disturbance (nirakud anand).

2. You can solve all the day-to-day problems with equanimity.

3. You will not be affected by any worries or miseries.

4. Neither the intent to hurt nor the lingering of annoyance will be present in the anger after Self Realization (Gnan).

5. Fearlessness and independence arise in those who have attained the Self.

6. After Self Realization (Gnan) one becomes impartial. One is not partial to the mind, body and speech and that is why they can see their own mistakes.

7. After attaining Self Realization you obtain right vision through which you see the world as flawless.

8. This knowledge is exclusive and extraordinary. Just as the curd and the whey remain separate after the yogurt has been churned, so do the body and the Self, after Self Realization (Gnan). The belief of ‘I am the Pure Soul’ will prevail in every circumstance.

9. Even if someone hurts you, the feeling of taking revenge does not remain after Self Realization (Gnan).

10. True pratikraman (asking for forgiveness) begins after Self Realization. Once the enlightened vision (samkit) is attained, the right vision (drashti), the vision as the Self (Atmadrashti) arises; only then will you be able to do real pratikraman. Until then, one can still decrease his faults with pratikraman.

12. Indifference towards worldly pain (dukh) is the first experience of liberation. You experience it from the day after you attain Self Realization from a Self-Realized one (Gnani Purush). The second experience is when the burden of this body, of karma, breaks away. Then there is so much bliss (anand) that it is indescribable.

13. After Self Realization, you will experience that you are doing something different with your life than you did before Self Realization. From this experience, you will be able to judge whether you have achieved the first stage of moksha or not. You can know this because you are a Soul and the Soul is the greatest judge in this universe. As an awakened Soul is impartial whatever judgement it gives, will be correct.

Let me give you an example. If you enter someone’s home without his permission, would you not be uneasy and nervous? You would be. You would be afraid that someone would get upset with you and throw you out. But if you are in your own home, would you have any worries or tension? You would feel very comfortable and at peace in your own home. Similarly ‘John’ is not ‘Your’ home. You are the knower and seer but instead with your wrong belief of ‘I am John’, you have become what you are not. You have become the owner of something that is not yours and you have been deriving pleasure and pain from it. That is why you are constantly experiencing worries, affliction and agitation.