The one that is negative, gradually becomes positive. What is the reason behind this?

When one comes to know about the correct positive…

Questioner:  Dada, but it is such that the whole life one has seen the negative, so that negative verily becomes like a positive for him; that is the problem.

Dadashri: No. It does not become positive. He just believes that to be positive. It is only a belief. Now belief means just like believing that you have two hundred thousand rupees in the bank, does it mean the bank will accept you? All these are wrong beliefs. Therefore, you will never see any person happy on this path. This path is verily wrong that no one would be happy. May he be a prime minister or a president of India or an emperor, everybody is unhappy. When will one appear happy? It will be when one attains the right understanding, comes to the right positive. This believed positive is incorrect. This is wrong positive. Where there is negative, people believe it to be positive. Have not they believed that? What is your name?

Questioner:  It is only a name. 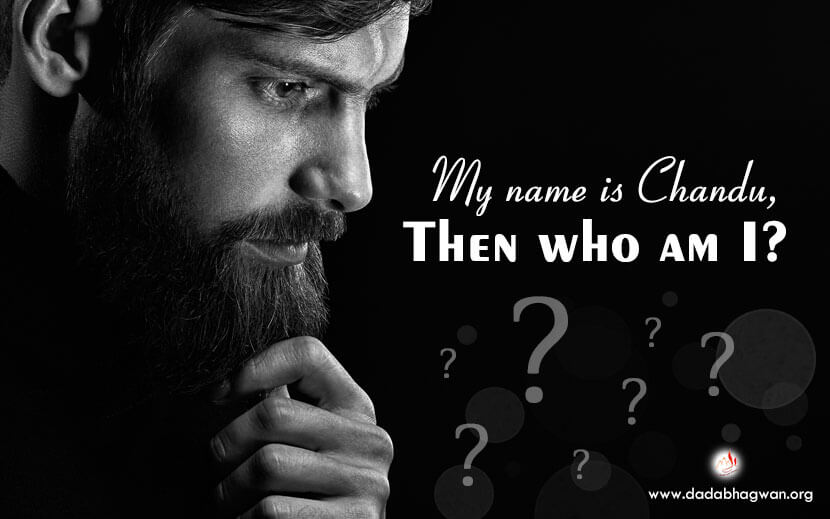 Dadashri: Then who are you? My name is Chandu, then who are you? You are someone’s son. You just have this much understanding, do you not? You are *Chandubhai, how long will you let it go like this?

Questioner:  The whole life we have walked in darkness and darkness only. So this darkness may be thrown out, but how can it leave?

Questioner:  One has lost the understanding of positive.

Questioner:  Since he has constantly smelled the stench, he has not realized the fragrance at all.

The path of positive effort

Now say for instance you had a fight with one person, then you fight with a second person, and from these events and by reading some books you realize that by fighting your liability increases. And this is not a good thing, then you decide that, ‘No, I do not want to fight anymore now.’ Then you say, ‘What if the other person beats me up?’ Then at that time maintain effortless equanimity (samata). To maintain that effortless equanimity is called purushartha. We can say that you are doing some purushartha. Can you accept that? It is possible to understand this talk, isn’t it?

Dadashri: Yes. Another thing is, that if you find a wallet from the street, then you begin to think how you would feel if your wallet was lost. You think like that and then you think when you can find the owner of this wallet so that you may give it back to him. That is called your spiritual effort (purushartha). So if you understand like this then at least you arrived at positive. I am trying to lead you towards the positive. At this time you believe a negative to be a positive, all that is not purushartha, but you should come towards the positive. Did you understand or not?

Dadashri: If it is your father’s fault but if you increase the fight with your father then what can happen at the end of this? The two paths would become separate. Instead it is necessary for you to stay together. Another building is not yet built, so until then you will have to stay with him. So you are to maintain peace and equanimity (samata) while he is clashing. Is it considered a purushartha or not?

Questioner:  Yes, that is verily called samata. That other thing is…

Dadashri: I am trying to take you towards the positive. A person would be destroyed if we take him towards the negative.

Chandubhai* =  Whenever Dadashri uses the name 'Chandubhai' or the name of the person Dadashri is addressing, the reader should insert his or her name for exact understanding.


When does the Real spiritual effort (purushartha) begin? After realizing your True Self.