How to Deal with Teenagers as a Single Parent?

Seeking how to deal with teenagers tends to become the only goal of any parent’s life when their children enter teenagehood. It is widely believed that one of the difficult phases of parenthood is parenting teenagers. This phase becomes even more difficult when it comes to single parenting teens.

Let’s put the same view in this way: This phase brings more responsibilities to a single parent to make him or her stronger than dual parents. Isn’t this encouraging when it comes to parenting teens regardless of whether you are a single mom or a single father? Remember, your teens will become strong only if you are strong.

By playing the role of both mother and father and taking up the additional family responsibility, single parents tend to develop substantial strengths such as being committed, making firm decisions, setting clear priorities and conserving family values. So, never think that being a solo parent means you cannot handle teens effectively or it is tough for you to parent them.

What you need to recognise is that teenagehood, as a natural part of the growth process, poses many challenges due to which your frustration can be rampant. However, this is the time when the relationship between you and your children requires to be redefined.

Yes, initially, it is difficult to accept that kids are now reaching adulthood and are likely to have differing viewpoints, opinions and decisions from those of yours. However, accepting it spontaneously is the first step to overcome the teenagehood challenges and frustration while parenting today’s teens.

Once you accept it, it becomes easy to handle teens effectively. There are some easy tips for the same. However, before we explore them, let’s get a brief insight into teenagehood.

What is it that makes it challenging to parent teens as a single dad or mom? Why do the same children who were once highly obedient, now, question everything and accept almost nothing?

Pujya Dadashri explains that up to the age of 10 or 11, children are like wet clay. You can mould them into any shape. This is the best time to instil moral values, nurture and encourage their good qualities and discourage and gently wean them off their bad habits.

Upon turning 15 or 16, the ego becomes firmly established in them. In simple words, they now have their viewpoints, opinions, feelings, observations and experiences, which are likely to differ from those of yours. Thus, most of the times, it is not possible for your teens to be responsive, in a positive way, to your words the way they used to.

These differences result in fights or defiant behaviours. For this, we are only responsible, as we keep scolding and nagging for even small things since our teens our small.

With ego comes increased sensitivity and words of admonishment end up doing more harm than good. That is why Pujya Dadashri has said that children must not be scolded; do scold occasionally when it is necessary once they are beyond the age of 5 and never, under any circumstances, beyond the age of 15.

Furthermore, nagging, giving unsolicited advice, taunting, arguing with them or disrespecting them whether privately or in public must be avoided. Otherwise, these behaviours can result in unacceptable teenage reactions and can even make us lose our teens, especially in the case of a single parent family.

Let’s now explore some tips on how to raise a teenager as a single parent.

It is now, in their teenagehood, that your children require you to be their friends. Their ego has developed to such an extent that they no longer will accept instantly what you say or command. They are certainly not likely to respond well to the assertion of authority. According to Param Pujya Dadashri,

“The child will not heed his father if the father constantly asserts his role as a father.”

While you must be both father and mother for your teens, you need not assert the role of father or mother. Rather, become a friend such that they not only find the right parental guidance but also find the desired friendly comfort zone in you.

When teens find the desired comfort and guidance in their parents, they will not go looking for the same elsewhere. It is important to remember that most of the times, the fear of being judged prevent our teens from being frank with us. 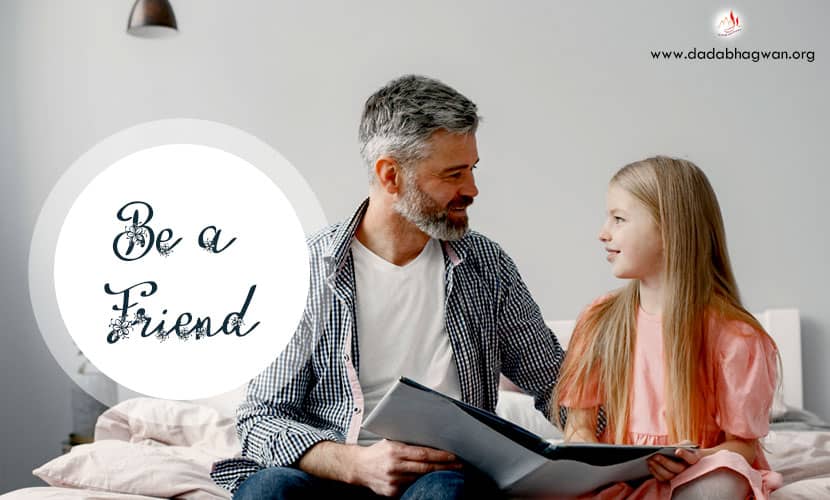 Being their friend gives them the comfort level to communicate openly and allows you to give the right advice in a way that does not hurt or offend them. Even while giving advice, it should be done with discretion. It is fine to caution or advise when they are going in the wrong direction, but one must not nag or yell.

While giving guidance, you should explain the consequences of each possible course of action and then, leave it up to your teens to take their own decision. Communicating to your teens that you trust them to take the right decision will not only give them the strength to overcome their own limitations and choose only what is right but also strengthen their faith in you, thereby, fostering a healthy single parent-child relationship.

You must not expect your teens to rise to your level in terms of understanding. Rather, you must come down to their level. This is the only way to become their friend and the simplest key for dealing with teenagers effectively.

Set an Example through the Right Conduct; Be Their Role Model

Once children reach a certain age, telling them what is the right thing to do will not have as much impact as conveying the same by setting an example through personal conduct. Trying to discipline them or asserting your authority over them will only make them unresponsive.

Gradually, it will make them rebellious and challenge the parent’s authority. Such outcomes will create new problems instead of solving the existing ones.

Children and teenagers respond positively to role models. If you live a peaceful life without anger, deceit or greed, stay away from non-vegetarian food, alcohol or other addictive or violent substances and resolve all issues with love (without conflicts) and mutual understanding, teens will not only respect you more and more with the passage of time but also aspire to be like you.

In short, you first do what you want your teens to do! You cannot expect a teen to listen to you if you do not listen to your elders such as in-law parents or your parents.

Teenage children, like all human beings, are looking for happiness. Now, it is up to you to demonstrate them what real happiness feels like and how it can be obtained.

Sometimes, single parents tend to over-parent. That is, they go beyond their call of duty and try to modify or micro-manage every little aspect of their teens’ life. Some single parents try to turn their teens into an exact replica of their own selves or at least, constantly compare and express dissatisfaction at how they have turned out to be. Such an attitude only fosters negativity and makes the teens feel unwelcome and unappreciated. 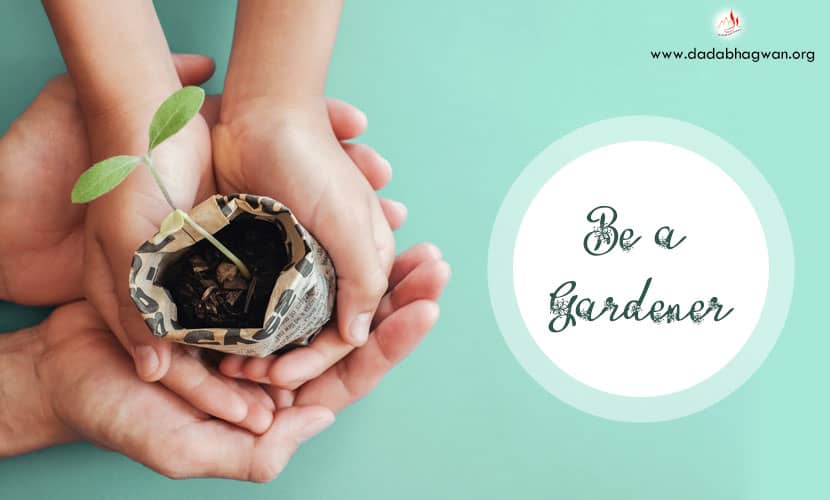 Pujya Dadashri has given a very simple yet effective solution for this issue. He says that a home must be thought of and handled as a garden having varieties of flowers. Just as each flower has a distinct shape, size, smell, colour and other characteristics, each person at home has a distinct personality.

Beyond a point, our teens will have to learn from their mistakes. If we do our job well as a single parent, we can help them find their way through their struggles.