By awakening the Kundalini, can one achieve Self-Realization?

Everything is 'relative'. 'Relative' (worldly) means that it has an 'ornamental' luster. It stills (enchants) the mind. No progress occurs internally. When the mind is stilled, a person would become intoxicated. The mind becoming still and the ego (ahankar) mixing in, is called intoxication (masti). As soon as he becomes intoxicated, that is it, there is something here!

Questioner: Is it because one has experienced all the corporeal energies (kundalini) of yoga, that one becomes staunch and insistent upon it? 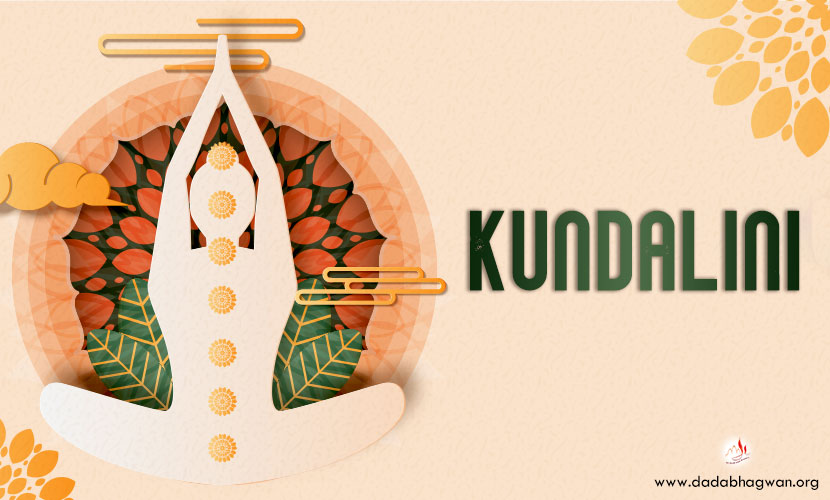 Dadashri: All sorts of flashes will happen in the mind. They are just miraculous devices of the chit (the component of the mind that comprises knowledge and vision). In most cases, when I come across these 'kundalini people' on a train, when they see me, they immediately come to me to do darshan (acknowledge with reverence). Their ability to recognize (a Gnani) is commendable. Through the eyes and the joyful expression on my face, they understand that there is something here. Then I would ask them, where did they awaken their kundilini?

Questioner: They have a lot of egoism (aham).

Dadashri: This is the state that has come about as a result of increasing the ego. Therefore, when they come before me to do vidhi (act of surrender, by touching one's forehead to the Gnani's toe), that ego begins to exit. Thus, their entire body, shakes, shakes, jumps, jumps, and flaps around like this. Then it comes out. From then on they become light. By increasing the ego, one creates a cobweb. Then one believes that happiness lies in that web!

*Chandulal = Whenever Dadashri uses the name 'Chandulal' or the name of the person Dadashri is addressing, the reader should insert his or her name for exact understanding.


1) When you go to religious or spiritual gatherings elsewhere, your mind will become cheerful. And here it is not the mind; it is the Atma that becomes filled with joy. The Atma can be awakened only by the Gnani Purush; otherwise it will not awaken.


1) What is samadhi (sam-adhi = deep meditation and oneness with the Self)? Is it samadhi when one closes his nostrils and practices bodily exercises? No. That is called 'handle samadhi'. It will work as long as one cranks the 'handle' but its effect goes away later. Can moksha be attained with this kind of samadhi? Real samadhi is one that prevails in spite of all routine activities of walking, talking etc. Even when one is fighting, the samadhi that prevails is the real and exact samadhi. It is true samadhi when one is not affected by mental, physical or externally induced distress.

2) Here you will get to hear many new things. Elsewhere in the relative world, whatever you hear refers to the path which requires sadhan (tools- rituals, scriptures and guides) to attain the ultimate path. This is the sadhya path, which means that one already attains what he was seeking, namely the Self first. In this path one does not have to perform any rituals or undergo penance to realize the Self. The Self is realized first and then the rest. For endless lives one has protected the tools (sadhan) and have proceeded to meditate (dhyan) without even deciding upon the goal (dhyeya). One is able to do true dhyan only when he becomes the dhyata (the observer, the Self). If 'we' ask you, "Who are you?" you will reply, "I am a magistrate." Hey you! Were you not the meditator (dhyata) while you were meditating (in dhyan)? Were you the magistrate at that time? One can only become a dhyata, meditator, when the entire world is forgotten. Here his dhyan is, 'I am a magistrate,' so how can he ever decide on the goal (the Self)? Here one has the dhyeya of going to Vadodara, and then he decides to become the dhyata, the meditator. How can this help? This is all a sense oriented (indriya pratyaksh) effort and he has absolutely no idea about the Self which is beyond the senses (atiindriya pratyaksh).