What is the role of mind in the practice of brahmacharya (celibacy)?

What is the nature of the mind? 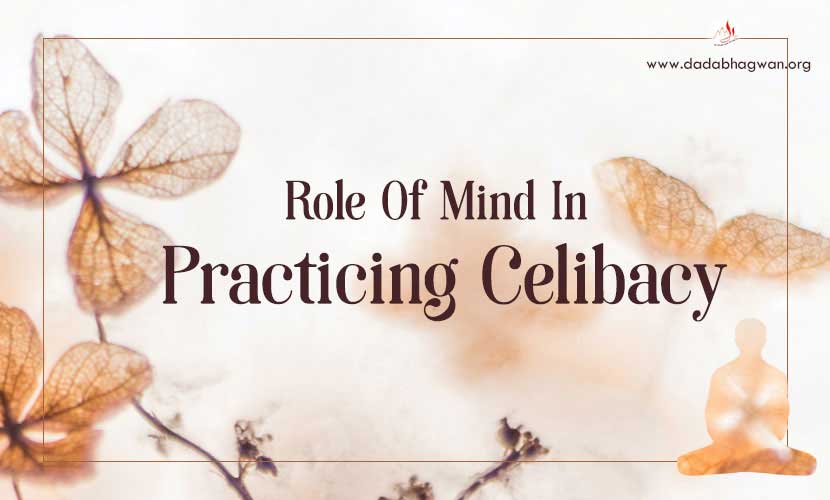 Then how can my mind help me in the practice of brahmacharya?

If you want to maintain the vow of brahmacharya, then you will have to remain strong. The mind will say such things as, ‘Marry her,’ and it will also make you say the same. If the mind shows you thoughts about getting married or thoughts related to sexuality, then you have to oppose the mind. By doing this the mind realizes, ‘He is no longer listening to me. So let’s pack up our bags and get ready to go to another town.’ When it is insulted, things turn out for the better because the mind starts to come into your control.

When can one conquer the mind?

You should understand that when the eyes get pulled in a certain direction [attracted], it is because of the mind. Thereafter, you should immediately cut off anything the mind tells you. In matters related to sexuality, you have to cut off the mind. The mind looks for ways out. The mind looks to settle in places where no efforts are required. If you do not do as the mind tells you, then it will settle down.

What is nischay (determined and unshakable decision)?

Nischaya means, not succumbing to worldly difficulties, regardless of how overpowering the onslaught is. No matter how many different types of inner ‘lawyers’ and appeals come to entice and change your understanding, you would remain resolved. Once you have made a firm decision, you would not change it. That is called a ‘nischaya’.

If the intent for brahmacharya is not weak or deceptive then would the thoughts of sexuality stop arising completely?

No, let the thoughts come. What objection do we have against thoughts? Thoughts will never stop. The intent must not be deceptive; that is all. Regardless of any enticing and temptation from within, one will not succumb.

If you make a man, who has not slept for four days, sit on the edge of a well, if he is determined not to fall into a well, he will not. He would remain awake in spite of being sleep deprived. Therefore, you will succeed in achieving your goal of attaining brahmacharya by keeping an absolute firm decision.

What can cause your firm decision to waver?

The slightest touch of the hand to opposite sex can shake this firm decision. It will not allow you to sleep. Therefore, the act of touching must never take place, and if you were careful about preserving the purity of your vision, then your firm decision would not waver.

You should not allow the mind to work in such a way that it holds the reins over you. You should make the mind go according to what you want. The mind is inanimate (jada). Those who go as per the dictates of the mind, will end up losing everything. 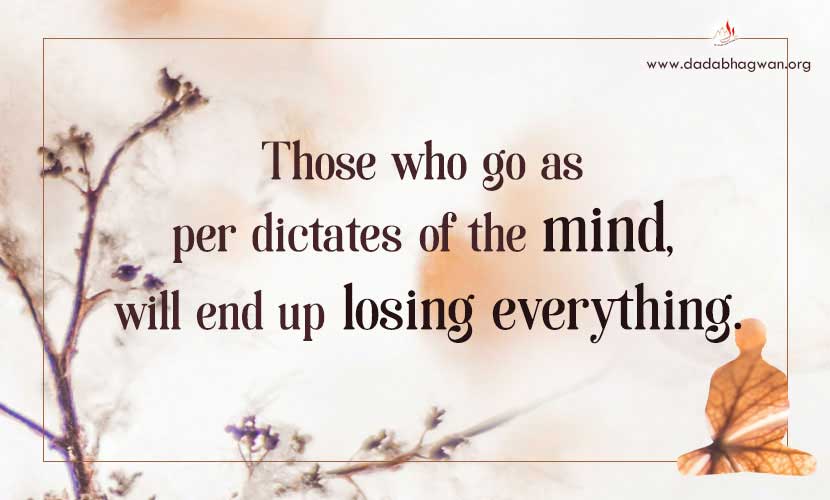 Therefore, you should not go according to what the mind dictates. Brahmacharya does not remain intact for the one who goes according to the dictates of the mind, nothing remains intact; on the contrary, there will be abrahmacharya (incontinence of sexual impulses).

Live according to your independent nischay (firm determination). Use your mind when there is a need for it, and where there is no need for it, then that’s it; keep it aside. But this mind is such that it will dissuade you for fifteen days at a stretch and then get you married. Maintaining brahmacharya means that one’s power of decision (nischaybud) is such that nobody can throw him off course. How can one who goes according to what someone else says maintain brahmacharya?

Act according to your Principle

If the mind keeps asking for ice cream, then that does not harm the principle of brahmacharya too much. So give it some ice cream, not too much. Do not discourage it. You can even give it a couple of candies. Do not suppress it by saying, ‘No, go away.’ Only when it comes to sexuality, think things through, telling it, ‘This is my principle (siddhant). Do not come in the way of my principle!’ This is how to stay celibate.

How to Maintain Celibacy Through Lack of Acquaintance

What is the nature of the mind? If it remains away from something once, if it remains away from something for twelve months or two years, then it completely forgets that thing. If it remains at a distance, then it forgets it. It will not even remember it. Then, even if you tell it to, it will not go near that thing. Do you understand this? If you remain away from a person who you are attracted to for two years, then your mind will forget him/her. It will gripe for a month or two, that is the nature of the mind. However, it will forget them eventually.

The mind is not to be suppressed; the mind is to be conquered. To conquer means to win. If two people argue, then who is likely to win? If one wins by making the other understand, then they are not likely to get harassed, are they? And if they were to win without making the other understand? The mind will not say anything if it gets closure. Similarly, we can get right understanding through the knowledge of the Self. This knowledge of the Self is the only thing in this world that can subdue the mind.

Questioner: Now finally, I act according to what the mind says. What should I do to become free from that?

Dadashri: How is anything to be ‘done’ there?

Questioner: Certain steps should be taken, shouldn’t they?

Dadashri : What steps? It is something that you have to understand. Understand it and then cross it out. Put a cross on your lack of firm resolve (anischay) and accept the nischay.

Dadashri: You should just reject it right away. Get rid of that which makes you deviate from your goal. What is to be done here? Only nischay. Have you made a nischay that does not waver or have you not?

Questioner: I have made a nischay that does not waver.

Dadashri: Is it by one that hundred percent that it does not waver?

Questioner: It seems to be.