How is the mind created? What is the theory of mind? And how can you control the mind which is full of opinions? 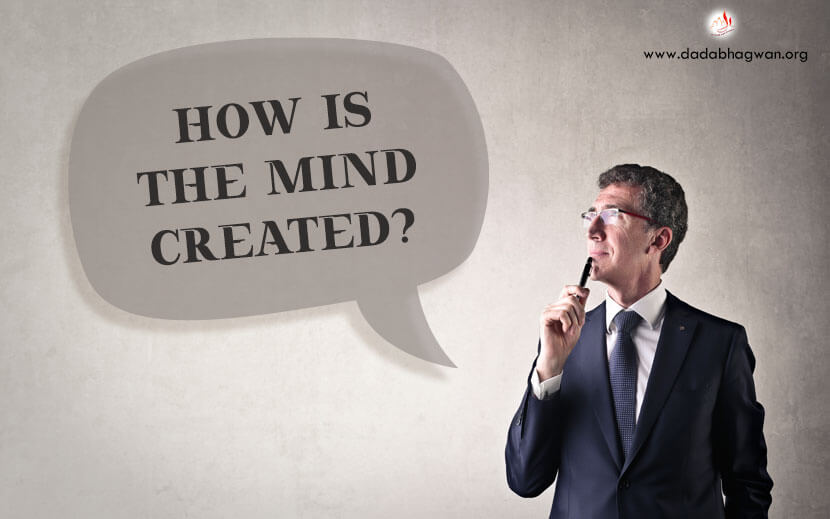 These are the father and the mother of the mind

Questioner: How is one to know that?

Dadashri: Ask someone, are the names of the mind’s father-mother written in any books?

Questioner: Dada it is not written in any book in the world; you are the only one that has this information.

Dadashri: If there were no father-mother (parents), then the mind will not exist at all. There is indeed a father and a mother. Do you know who the father is? When you are given tea without sugar, would you not give the opinion that, ‘The tea has no sugar in it’?

Questioner: Yes I would.

Questioner: Yes they do.

Dadashri: That has given rise to the mind, nothing else.

If father-mother separate, no child is born!

If we want to stop the mind in two to four life times, then is there a way to do so?

Questioner: There must be some kind of a switch that can be turned off.

Dadashri: The whole world is trying to move the mind here and there (trying to manipulate it, trying to deal with the mind). Hey! Look for its father-mother and then you will be able to tackle it. Then if you keep the father away from the mother, how can the (new) mind arise (be born) again? If you were to get this understanding in just this one life time, then the mind will indeed not arise in the next life. The mind will remain under your control; that is how simple the mind will remain.

Language is the mother. You may use language; but do not keep (harbor) an opinion. This talk is truly guaranteed. If you stop having opinions, then your mind will gradually come to an end in one or two life times.

Questioner: But the mind, it is something that was charged in the past (life) and it is now being discharged (in this life), is it not? What you are saying now about opinions and language; that is of the current life, so does that mean the next life’s mind has been stopped?

Dadashri: That stops the new mind. That which is already born is bound to continue to give its fruit. A new one will cease to be born provided you recognize its father and mother and conduct yourself accordingly. If you keep the father and mother apart, there will be no offspring. It is worth understanding this. It is a very deep and subtle thing.

Questioner: This is a tremendous science you are talking about.

Dadashri: Yes, that is indeed what I am saying; there will not be any children if there are no opinions, will there? Therefore opinion is the father. This is the easiest thing. Otherwise no one can find a solution for bringing the mind to an end. No one has ever been able to do so and no one ever will. This is for the first time that talks about bringing the mind to an end have been disclosed.

If you stop forming an opinion tomorrow morning, then the mind will stop. When you form an opinion, immediately a new future mind will be created. That is it; it is the opinion. The mind is considered a great thing, but it is created from opinions.

Does the mind not arise from desire?

In everything that we give opinions, duality is created and from this duality the mind is created. So when opinions come to an end, the mind too will come to an end. Do you understand this?

Questioner: But is the mind not formed from desires?

Dadashri: All those desires are indeed formed from opinions. There is no problem with having a desire. There is nothing wrong if you eat jalebi; that does not give rise to the mind. When you give an opinion ‘it tastes very good’, that gives rise to the mind. Desires and the mind have nothing to do with each other.

Questioner: I have the desire to proceed and move forward but (the feeling of) ‘will I be able to go or not? -  is that not duality arising?

Dadashri: That duality should not arise. To prevent such duality from arising, you should stop giving opinions and thus the mind too will stop.

Each person’s own language is the mother of their mind. How can one give an opinion without the mother; without words (language)?

Questioner: Therefore the mind is formed only when both (opinion and spoken words) are together.

Dadashri: You should stop giving opinions. You give opinions needlessly; you give opinions even when you have nothing to do with anything. Opinions such as ‘this is right and this is wrong’ – but what is it to you? The right and wrong, the good or bad, is all related to the ‘movie’ (the ‘movie’ of this life has already been shot; no changes can be made as it is all an effect. Movie being the prakruti– the relative self and its karmic baggage.) (But) You even go as far as making comments like, ‘it is good that person left and it will be good if so and so were to come!’ Hey! Why are you needlessly giving rise to a mind when situations have nothing to do with you? If you want to give rise to the mind, then do so within your “boundary” (limits). You have created the mind wherever you have been. What is the ‘boundary’ (limit) of your mind? Is it vast or is it small?

Questioner: It is small.

Dadashri: Yes, that is the kind of boundary we need. How well and peacefully one lives within a small boundary! He lives in a small house with a garden, whereas you live on a second or the third floor and you don’t even have a garden! This man never gets involved in other’s business. He remains within his own boundary. That is when one will receive all the gifts (nature’s reward), whereas the smart Aleck will get nothing!

Questioner: From morning till the evening, one changes his opinion four times on just one thing.

Dadashri: (Instead) a college certificate is better. At least it will not change, whereas his ‘certificates’ will change.

Questioner: You have explained in a very simple and straightforward language that we should not form opinions otherwise it will create a mind.

Dadashri: Yes, it is indeed the opinion that is doing all this. The entire mind is created by opinions. In addition, new opinions are (constantly being) formed. That is why this trap is not easy to get rid of. Only a Gnani Purush, who has become free himself, can free us.

So there may be many other causes, but what is the main cause? What is the root cause? The answer is opinions.


1) It is because of the mind that the whole world is involved in worries and quarrels.

2) Language is the mother. You may use language; you may speak it but do not keep (harbor) an opinion. This talk is truly “guaranteed”. If you stop having opinions, then your mind will gradually come to an end in one or two life times.