Who is a True Guru? How to choose a Spiritual Guru?

Grave danger in uprooting a Guru

Do not accept a known guru as guru, and if you do, then do not turn your back on him. Use a pot if you do not like him. The pot will not have any problems. Worship it because your buddhi (intellect) will not be active there and your work will get done. Now who would be so careful that he would not allow his intellect to interfere? How can one understand all this?

Questioner: At the time we make someone our guru, he appears to be very good, he appears to have good attributes; he appears incomparable. But what should we do when he turns out to be fraudulent and dishonest after we make him our guru?

Dadashri: Instead of that, you should not establish him as a guru. It is better to use a pot instead. At least you will not have to throw it out some day. The pot will not create problems for you, will it? It will not do much, but it will give you some help.

Questioner: The guru has been established but the intellect does not go right away and therefore we see negativity in him. What should we do about that?

Dadashri: You will see the negative, but you should not do anything wrong once you have established him as a guru. You have to tell the intellect (buddhi), ‘What I say goes and not what you say. Now we are competitors; there is you and there is me.’

It is very dangerous to uproot a guru once you have made him your guru. People in India are paying the price for such mistakes. One does not know how to establish a guru. They establish one today and uproot him tomorrow. This is not acceptable. Why do you have to interfere with whatever the guru is doing after you make him your guru? At one time you were satisfied and made him your guru because you did not see any problems with him. Now you are finding faults with him? The one who makes this mistake, does not attain moksha; he goes to hell.

You cannot find faults with the Guru later on

So look for a good guru, someone who will win your heart. You need a guru that will make your heart happy; a guru that will still your heart forever, a guru over whom you will never spoil your mind. Make such a person your guru. Make the one with whom you will feel peaceful forever, your guru; you will never have negative feelings towards him after making him a guru. Otherwise, you will have differences with him later. If differences occur after having accepted him as a guru, do not allow those differences. If, once you have accepted him, you start to judge him by thinking, ‘Some guru he turned out to be!’ then that is not acceptable. Tell your buddhi, ‘He cannot turn out any different. He is the same person that you saw before.’ 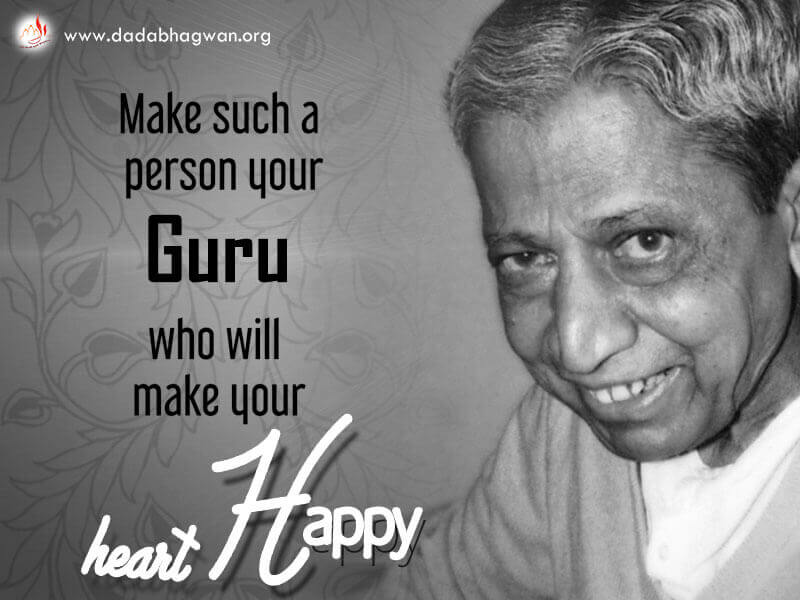 So what did I say? Make someone your guru that your eyes will accept. Then one day, if that guru gets upset with you, do not look at that. You should look at him the same way you did when you accepted him. Did you not approve him? What a woman saw in her husband the day she approved him as her husband, is the same face she will hang on to, even if his face becomes ruined because of small pox. What else can she do? Only then can her life go on; how else is she to pass her days? Similarly, you should see the guru in the same light if you want to get rid of your swachhand (ego and intellect guided acts). You should not look for faults in your guru. Once you choose a guru; that is it! Live your life without looking at a single fault of his. Otherwise, you can go somewhere else. Therefore, find one that is acceptable to you and then do not find faults in him. But people do not understand this point and then they choose gurus.


It is a grave mistake to find faults not only in your guru, but in anyone else also - to find out more click here.