Yes, destiny is real; it exists! To know how is destiny real, let us go through a few real-life examples, starting from that of ‘yours.’

You may have experienced adversities or unfavourable, unexpected circumstances, which what you may have never predicted or thought of. At times, they trigger an intense feeling of helplessness and hopelessness due to which you may have found it hard to find a solution. This is when you may have repeatedly asked God, “Why me? I have not done anything wrong to anyone. Then, why I am facing such a tough, miserable time?” Haven’t you?

Let us now take the example of Lord Ram. He was supposed to become the King of Ayodhya according to the prediction made for him by the astrologers. However, soon after his marriage, he was exiled for 14 years. This is something Lord Ram never knew or predicted. 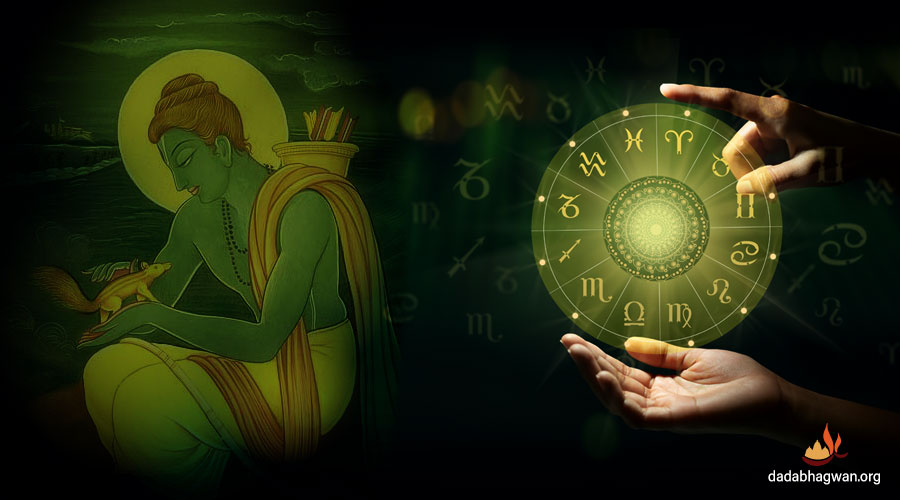 Another example is of Jesus Christ. He was on the noble path of saving people from sufferings and difficulties. However, he was disgracefully crucified, which neither He nor His followers could predict.

Even Devi Sati, the consort of Lord Shiva, burnt herself to death in a yagna (fire ritual) held by her father, Prajapati Daksh. She did so to protest the insult of Lord Shiva who was not invited for the yagna. This was something that Devi Sati never thought of; her ardent desire was to marry Lord Shiva and then live for the welfare of the world.

So, what is common in these real-life examples? Well, what happened was different from what was been thought of or what was been expected. So, now the question arises, why is it so? The answer is destiny. Let’s now know what is destiny and how it unfolds, to know how is destiny real or how does destiny exist.

What Is Destiny? When Destiny Materializes?

According to Param Pujya Dada Bhagwan, the spiritual scientist of Akram Vignan, “The karmas from the previous life were in the form of a plan, as though designed on a piece of paper. Now when it materializes and comes into fruition, it is called prarabdha (fate, destiny). It may take many years for it to mature, perhaps 50, 75, even 100 years. So, karmas that were bound in the previous life, may take numerous years before they come into fruition. People generally think that karmas are being bound when they are actually in the process of coming into fruition or discharging.”

He further explains, “If someone has dysentery, people will say it was because he frequently ate at restaurants. They would say that he had bound the karma by eating at the restaurants and that now he was suffering the effect of that karma. The Gnani would look at the reasons behind him eating in a restaurant; the reason behind how he learned to eat out; the reason behind how everything comes together. He was able to eat in the restaurant when all the circumstances came together. His eating in a restaurant was the result of a cause he made in his last life. When these causes come into effect, he will have to go to the restaurant and so he will end up going there, even if he does not want to. The person is left wondering why he does things against his wishes. People without Gnan believe that one suffers because of what he does. They believe that karmas are bound and experienced in this very life. But they do not stop to ask why that person keeps eating in the restaurant against his wishes. The law that takes him there against his wishes is his past karmic account.”

Below is an excerpt from the actual discourse happened on the order of karma fruits in the presence of the spiritual scientist of Akram Vignan:

Questioner: In which order do the effects of karmas come? Is it in the same order as they were bound?

Questioner: Can you explain how it is?

Dadashri: They are all arranged according to their inherent properties, for example the ones to be experienced during the day, during the night, during times of happiness and during tough times. This is how they are arranged.

Questioner: What is this arrangement based on?

Dadashri: According to the inherent nature of the karma. We all gather in a group because of the compatibility of our natural characteristics.

No, there is nobody in this Universe who brings destiny into fruition or gives the fruit of our karmas. The rules of karma are such that the result of your karma will come naturally and automatically. So, now the question arises, “Who laid down the rules of karmas?”

Well, no one! When two atoms of hydrogen and one of oxygen come together, water automatically forms; there is no doer in between; this is the rule of karma, according to Param Pujya Dada Bhagwan. He further explains that nobody makes karma rules; they are based on the laws of science.

Destiny is just one of the factors when it comes to unfolding an event. There are also factors that come into play, such as time, space, and effort.

Of these, effort is in our hands. You should contribute your best, and then whatever happens, is called as destiny. This is because destiny cannot be known in advance. It simply means that an event is bound to happen at some point in time. However, both the event and time are unpredictable.

Who Is Responsible for My Destiny? 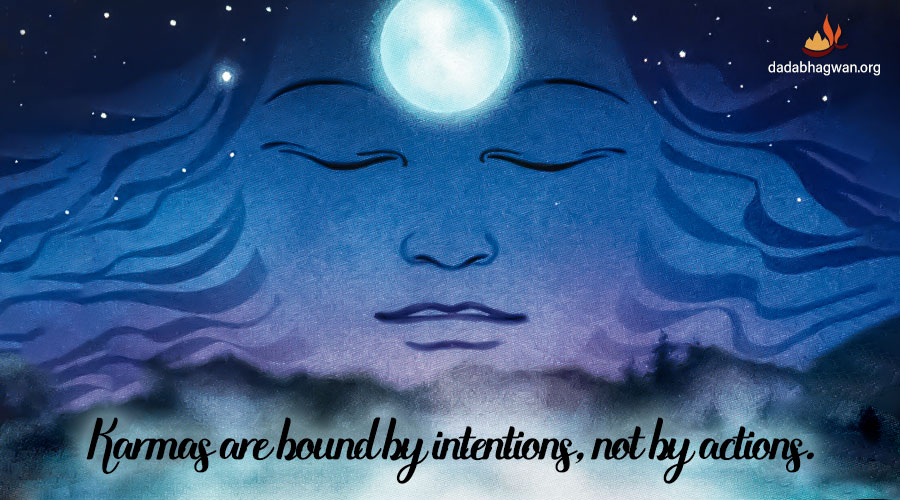 Well, it is only you! No one else is! One’s life is nothing but the outcome of the past life karmas. This includes everything right from our thoughts to actions. Karmas are bound by intentions, not by actions. Thus, your intentions that nobody else can bind for you become the cause of your destiny. This is how you choose destiny. So yes, destiny exists!