Questioner: What is the definition of 'karma'?

Dadashri: Supporting any action, with the claim, "I am doing it," is karma. Claiming doership of any action, binds karma. To support the action with the belief 'I am the doer' is called binding the karma. It is this support of the belief of 'doership' that binds karma. If you know that you are not the doer and are aware of who the true doer is, 'I am not the doer' and 'who is the doer' then the action will not have any support and the karma will be shed. 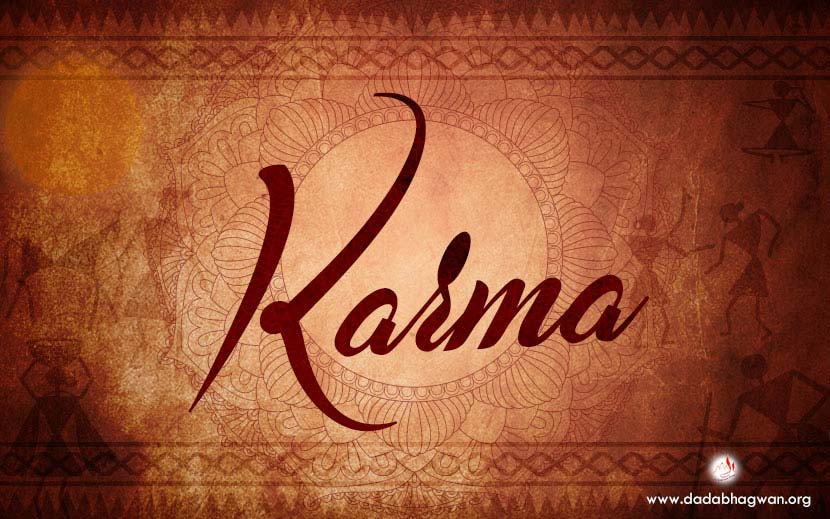 Questioner: What is the principle of karma?

Dadashri: If you yell, "You are a thief!" into a well, what happens?

Questioner: You will hear the word's echo.

Dadashri: Exactly! If you don't like to hear what comes to you, then you should say, "You are a king!" instead, so that you will hear, "You are a king." Say that, which you would like to hear. Give what you would want to receive. That is the principle of karma. Karma means action. What is reaction? That is the echo. All reactions are like 'echoes' of your previous actions; the fruits will be inevitable. What does the well illustrate here? It tells you that the world is your own projection. What you were referring to as karma, is really a projection.

Questioner: Is there a principal of karma or not?

The World Only Knows the Theory of Doership

Questioner: The theory of karma is not in Jainism, but it is in the Gita, why is that?

Understand the theory of karma. All people look at, is the ‘theory of doership’ of atma (worldly self). They have seen the theory of “He insulted me; he is the ‘doer’ ”, but they have not come across the theory which states that the other person’s action is the result of the unfolding karma of the one being insulted. Many people say, “My karmas are obstructing me”, but they have not seen that theory. If they understood what karma is, then there would be no grounds for accusing the other person by saying, “Why did he do that to me?” Because of karma, all living beings (jivas) are experiencing terrible suffering. Moreover, at the same time, they go around accusing others, “He did this to me and he did that to me.” And in this way, the karmas only double. If they would just understand the root cause behind why things happen to them, and that the reason why their loved ones bother them so much, is because of their own karmic accounts from the past life, and that the fault is of the sufferer; then their suffering will abate.

2) As long as you are the doer, you will bind karma. Karma is based on doership. When Gnani Purush (the Enlightened One) removes this base (of doership), charging of karma stops. Then only discharge of karmas remains.