Why Is It Important to Awaken Spiritually?

To awaken spiritually means to recognize your true Self, the Soul. The Soul is said to have awakened when one realizes the Self (Self-Realization)!

Until A Person Realizes the Self, the Soul Wanders. 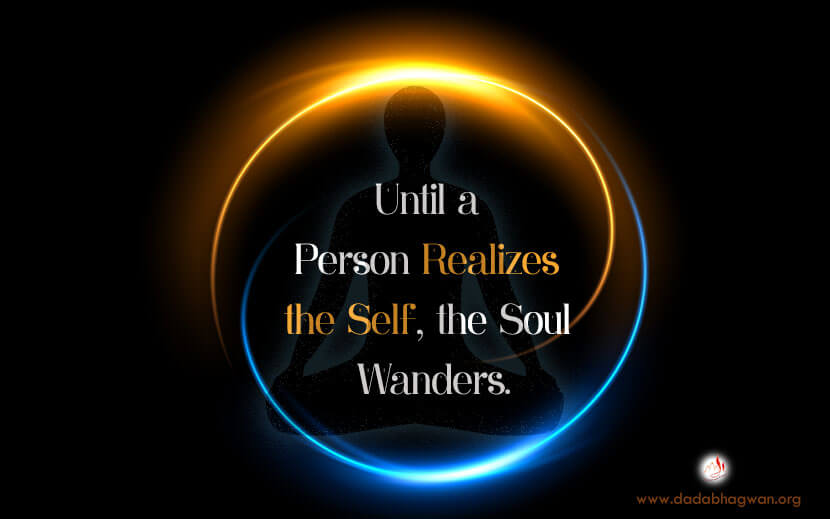 Not knowing really ‘who am I’ (the Self), the ignorant Soul wrongly believes, “I am the body; I am the doer.” Due to these wrong beliefs, there is death and rebirth, life after life, resulting in countless lifetimes in different life-forms, namely:

Let’s understand this further from the conversation below:

Questioner: Is a person’s next birth based on the wishes of his life before he dies?

Dadashri: Yes, according to the wishes. Do they not say things like, before the person’s death, he had such and such a wish? But that wish is not something newly created by him. That is a balance sheet of one’s whole life. The balance sheet of whatever karma you did throughout your life draws up during the final hour of your death. And it is this balance sheet that determines the next state of existence.

Questioner: After death, not everyone is born again as a human being. Some become dogs or cows.

Dadashri: Yes, there is scientific circumstantial evidence behind that; many scientific causes come together. No one is a doer in any of this. Neither God has done this, nor have you done any of it. You only believe that, ‘I did this’, which gives rise to the next life. When this belief of yours breaks, when the wrong belief and awareness of ‘I am the doer’ is destroyed, and you realize the Self, then indeed You are not the doer.

Since Countless Lives, in Any Birth, We Have Never Realized the Self

In every life, people have given us ignorance only. From childhood, worldly people give us knowledge that “You are John (the reader may insert his own name here), you are son of so and so, you are a doctor, you are a brother, and so on.” We then instantly begin to believe, “I am John, I am son, I am doctor, and I am brother.” Of all these beliefs, while the remaining are mistakes, “I am John” is a blunder. This is because it marks the beginning of ignorance and based on it, other beliefs get formed.

When a living Gnani, the Enlightened One, gives the real knowledge of ‘who am I’; our blunder or the main wrong belief of “I am John” gets fractured. We are really a Pure Soul only. Therefore, we realize, “Oh! I am a Pure Soul.” Then, the blunder goes away and we experience Self-realization. This is how spiritual awakening occurs.

Let’s understand this with an example. A young son of a king gets lost. (Not knowing who he is, as per what people tell him) He believes, “I am so and so, so and so.” Then, after five years, he comes back and when the king makes him realize, he realizes, “Oh! I am the son of this king.” This is because he was really a son of that king; as he had got lost, he didn’t know ‘who am I’, and therefore believed what people told him. Thus, to awaken spiritually means to know who you are in reality.

Thus, due to ignorance, since innumerable births, we, the Soul, had to accompany the body complex through the vicious cycle of births and deaths. Only when one attains the human form and meets the Gnani Purush, one can achieve liberation. When the wrong belief about one’s real identity is gone, one becomes independent; completely independent! It is for this reason that the spiritually- and highly-developed celestial beings, even amidst bountiful luxuries, have an intense desire to acquire human form when their Soul leaves the celestial body.