What does Maa Saraswati represent?

Maa Saraswati is the Goddess of Knowledge! 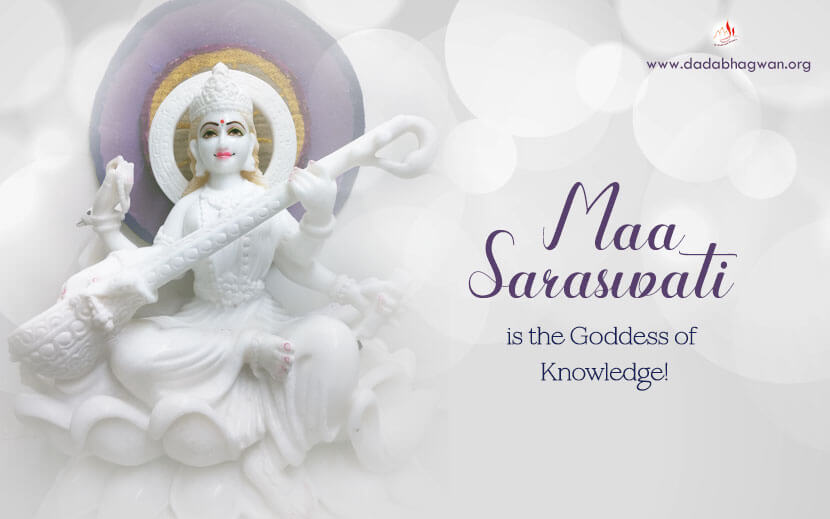 Saraswati means ‘the one who leads to the essence of self-knowledge’. It is a Sanskrit fusion word of:

What is the definition of the worship of Maa Saraswati?

It means not to abuse speech in any way or form, or utter speech that is spoken for selfish reasons.

When you abide by the rules that apply to speech, Maa Saraswati becomes pleased on you. She blesses your speech with the power, such that your spoken words produce the desired effect and prove beneficial to whom they are said!

Do you know why there is no power in people's speech nowadays?

The Power of speech:

The power of speech arises or gains energy when you:

Speech that is with the intent of not hurting anyone is accepted by all. So speak words that bear ill-will to no one, speak kind words, words rejoiced at and welcomed by all, speak gentle, instructive and truthful words, whose utterances do not offend others.

Maintain a strong and pure intention to always speak the truth, and nothing but the truth. If you happen to lie, repent heartily and ask for forgiveness from God.

All along, you have done the devotional viewing (darshan) of the Goddess in the form of idols in temples, pictures in books, and as text in scriptures. But what if you have the chance to see Maa Saraswati in living form? When you see Her in Her live form, abiding by the rules of speech will happen with the least perseverance and most enthusiasm.

Where can we see Maa Saraswati in live form?

If you want to do darshan of the real presence of Maa Saraswati, you can do so by listening to the speech of the Gnani Purush, the enlightened One!

The Gnani’s speech is full of knowledge which is meant to be heard. His speech is accepted by all, as it does not hurt anyone nor does it harm anyone’s viewpoint in the least. The power of His speech is such that it breaks the veils of ignorance and gives complete clarification of the reality, of who we really are. Such is the tremendous energy and power that the words of the Gnani carry! These words are called Sakshat Saraswati, for they present the essence of the Self (the Soul)! And this is why people leap with awe at every word of the Gnani!

Below are some excerpts from the conversation that Gnanipurush Dada Bhagwan had with Followers related to the Real meaning of Goddess Saraswati.

Questioner -  Pratyaksha Saraswati means… ‘not my speech’. So what kind of speech is that?

Dadashri - Speech without ownership is considered Saraswati, and the speech of people of this world is ‘my speech,’ and thus, it is with poison. Wherever there is ‘my,’ there is poison. Deluded intellect (viparit buddhi) has spread throughout the world.

Gnani Purush has come in this world, having washed (clearing mistakes) his speech (in many previous lives). He has brought such a beautiful ‘record,’ that it will accomplish the salvation of the world (jagat kalyan). Purity would arise just by listening. The speech that does not have attachment-abhorrence (raag – dwesh) is beneficial to the people.  It is a speech that does not have even a fraction of Egoism.