How do you still the mind? Is there a connection between a still mind and spirituality?

Efforts to tie down the mind

Dadashri: What efforts have you made so far to still the mind?

Questioner: It becomes still when I read religious books.

Dadashri: It will remain still for a little while during that period of time, but when you put the book down, it will go back to what it was doing. When you throw a rock in an algae covered pond, the ripples of large circles will displace the algae, but after a while it gets covered up again, the way it was before. It is only when you remove all the algae that the sunlight will reach the bottom of the pond. What will you achieve by removing only a little bit of the algae?

Questioner: Whenever I sit down to worship God, it is only then that I get bad thoughts. 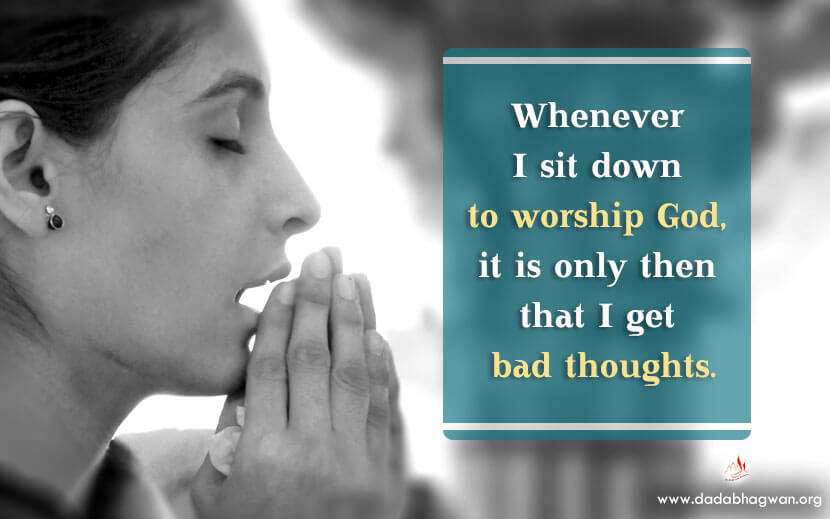 Dadashri: Yes, that is when bad thoughts come. Otherwise do you have good thoughts all day?

Questioner: No, not like that, but the mind becomes very still and focused when I am reading a novel.

Dadashri: So it does become still when you are reading a novel, does it not? What is the meaning of a novel? It means to slip (spiritually); the mind is always still in a place of slipping down; in climbing higher, it will become unstill.

Questioner: We want to make it still in one place.

Dadashri: But you (the self) are not still yourself. How can that, which by nature is not still, bring stillness in others?

Questioner: But we can become still if our mind becomes still.

Dadashri: But to begin with, you yourself are unstill, because of the mind. So how can you still the mind? You will need someone’s help for that.

Questioner: When we sit to do worship, we can become still in our body and speech but we cannot remain still in the mind.

Dadashri: It is very harmful to not be still with your mind. The body will remain still, but what does it matter whether it remains still or not? The coming life depends on the mind, whereas dependency on this body will go away. Have you discovered the benefits of a still mind?

Dadashri: Who made it restless (unstill)?

Questioner: We did it ourselves.

Dadashri: Why did you do so? Did you deliberately make it restless? People use their mind in any way, not knowing what is beneficial or harmful to them. Had they realized what is beneficial (hitta) and what is harmful (ahita) to them, they would make effort only towards their own benefit.  Now the mind has become out of control. It can only become still if one gains knowledge of what is harmful and what is beneficial. One has to acquire the grace of such a Gnani Purush, who himself has become still and constantly remains still. He can then help you become still. Then everything will work, otherwise nothing will happen.

It cannot be considered spiritual

Questioner: Why do we often not see a focused mind in people who appear to be spiritual? They are not able to attain stability of the mind.

Dadashri: (If) The mind has not become still, then they are indeed not spiritual. When it (the mind) gets on track, then they are considered spiritual. Until then it is indeed not on track. Once it gets on the track, it will run like the Rajdhani Express train. Here they simply believe in their mind that, ‘I am spiritual’.

Questioner: This is the greatest issue in spirituality - to still the mind, I constantly do jaaps but I have not attained the focus (ekagrata) like I should.


Knowledge of Self can be attained through special ceremony called Gnan Vidhi (Self-Realization Ceremony).