What is sthitprajna according to the Shrimad Bhagvat Geeta?

One day a great pundit (a religious scholar) came to test me. He asked me, "What is a state of sthitaprajna?" I explained to him, "You are in a state of sthita-agna. You are standing on this side of the bank so make the assessment yourself what the other bank of sthitaprajna must be like." I further said to him, "Do you want me to tell you what appeals to you or what offends you? You are in a state of nothing but sthita-agna; you go around in a state of intoxication from your scholarship. The intoxication of alcohol is better than your intoxication; at least with the former it goes down when you pour water over a drunk. Whereas you have made your intoxication permanent; it does not go down even during sleep. It is possible for you to attain salvation, having wandered endless lives, by doing 'our' darshan for only five minutes. Here, with 'us' (in us) it is possible to do darshan of any God you wish. Do darshan of anyone you wish." 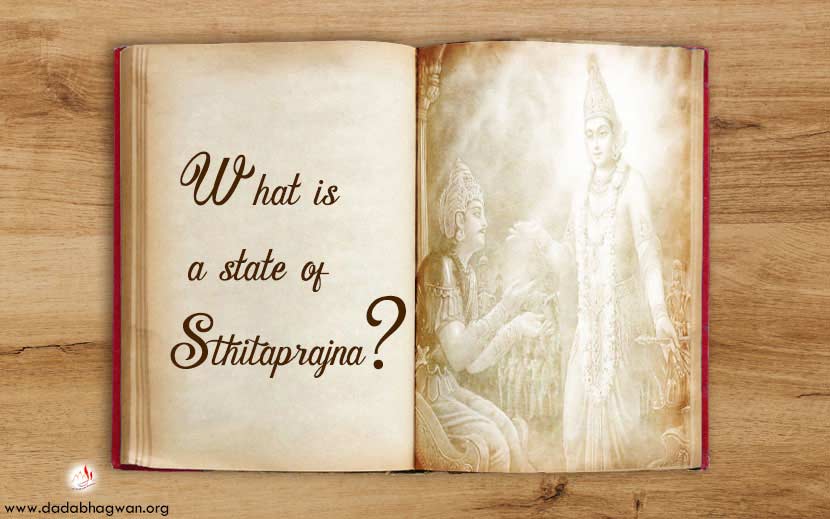 Lord Krishna has written that if one becomes vitarag (free from all attachment), he will become fearless.

*Chandulal =  Whenever Dadashri uses the name 'Chandulal' or the name of the person Dadashri is addressing, the reader should insert his or her name for exact understanding.