What Happens After Suicide? Why not to Commit Suicide? 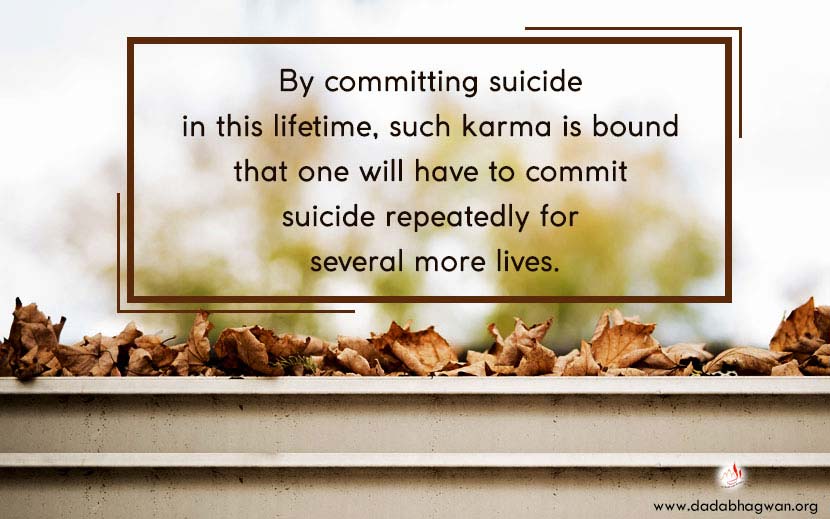 In fact, when someone takes their own life, their Soul wanders around without a body. Furthermore, by committing suicide in this lifetime, such karma is bound that one will have to commit suicide repeatedly for several more lives.

In reality, when someone commits suicide in this life, it is not the first time that they have performed such an act. They had done so in a past life, and because of that, they continue doing so life after life.

Why not to Commit Suicide

As human beings, we are bound to encounter troubling times, but it does not warrant taking our own lives. Instead, if we endure the difficulties of our current life, then we will extinguish our karmic account. Otherwise, we will only increase and intensify our karmic suffering for future lives.

You should do everything in your power not to ruin your inner intent or let any negative thoughts of suicide arise. Divert your focus from such things, as these negative thoughts can only bring unwanted results. Instead, focus on looking for solutions to your problems and remaining positive.

Is there a way to stop or control negative thoughts?

Due to the ignorance of our real Self, we take on the problems of the mind. We become engrossed with the mind and feel, ‘It is happening to me’, ‘I am feeling happy’, ‘I like that individual’ or ‘I don’t like that person’. We take the thought the mind shows us and become affected by it. Remember, the mind will think day and night. It is doing its job. You should not be affected!

With the correct understanding of ‘Who am I?’ you can easily remain unaffected when good or bad thoughts cross your mind. It is the nature of the mind to show you all types of thoughts, just as the purpose of the ears is to hear.

When it shows you different thoughts, good and bad, you should not become engrossed in them. Instead, just watch the thoughts go by like a movie, as an observer. The only time you will be affected is when you believe yourself to be the owner of the mind. If you remain in your true Self, as the Knower and the Seer, then nothing can trouble you.