Why should I ask for forgiveness in marriage?

Often times when interacting with your spouse you hurt them knowingly or unknowingly with your behavior, your speech or even think negatively about them in your mind, even when you do not intend to. You then experience a gradual change in their behavior towards you and this has a negative impact on your marriage. This is because; they have been hurt in some way or another. Do you want to know how to save your marriage? Is there any way you can erase the suffering you have caused your spouse? Yes! By heartily asking for forgiveness through pratikraman.

Param Pujya Dadashri has unveiled the science behind doing pratikraman. Some excerpts of actual spiritual discourses with Him have been added below as they are. 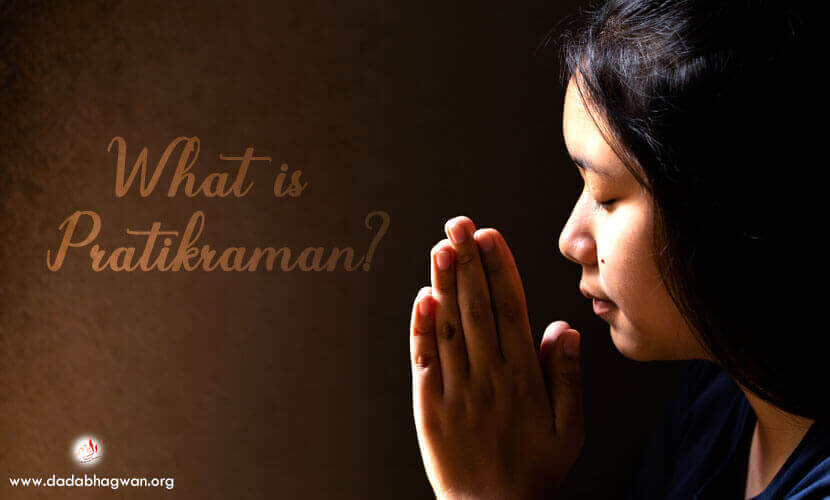 How should I do Pratikraman?

Dadashri: In the mind! You should remember Dadaji [or the Lord you believe in], apologize for your mistake and resolve never to repeat it. In doing so, the pain will be erased and the mistake destroyed. If you fail to do this, your mistakes will accumulate. I have given you a weapon; this pratikraman is the greatest weapon. To become free from the ties of the worldly life, it is the only greatest weapon. The worldly life has arisen due to atikraman and pratikraman will bring it to an end. That is all there is. Atikraman is wrongdoing; when you recognize that, you should do ‘shoot-on-sight’ pratikraman. The moment you see the mistake, shoot it down. This pratikraman is the only path where a person can see his own faults and is able to shoot them down. In doing so, all one’s mistakes come to an end.

When should I do Pratikraman?

One does pratikraman for one’s mistake of hurting anyone through his or her thoughts, speech and actions (dosh). There is no need to do pratikraman if you have not made a mistake. That account is settled. And if nothing has occurred, then there is no problem. As you continue to do pratikraman, everything will start becoming smoother in the interaction with that individual. The relationship with that person will be absolutely clear. Below are a few instances for which one should do pratikraman.

Will pratikraman heal my relationship?

If you do not get along with a certain person, if you were to do pratikraman all day long for several days for that person, you will be able to get along with him and he will come seeking your company. All conflict is because of one’s atikraman (mistakes).

If you have made your spouse miserable beyond words and have hurt them so deeply that you cannot remove their pain, doing pratikraman will help.You should to do pratikraman in their name. Do pratikraman with the same intensity as the intensity of pain you caused them.

What are the benefits of Pratikraman?

Param Pujya Dadashri has revealed innumerable benefits behind doing pratikraman; let us look at how we can use this powerful tool to help heal our relationship.