Hence anger-pride-attachment-greed will go away if suspicions about one’s true identity arises, but such suspicions never do. How would they? Who would help you in doing so? Man has been suspicion-free about his real identity for endless past lives, who can create suspicion in this matter? Whatever name one has been given in any life, he assumed it to be the truth. Suspicion has never arisen about it, has it? How tremendously difficult this is? And anger-pride-attachment-greed remains intact because of that. If you want to become free from anger-pride-attachment-greed then you have to realize your True Self. The ‘solution’ of all the scriptures comes from knowing only this – the knowledge of the Self. But how can one attain the knowledge of the Self? After attaining the knowledge of the Self, nothing more remains to be known, but how is one to know this? 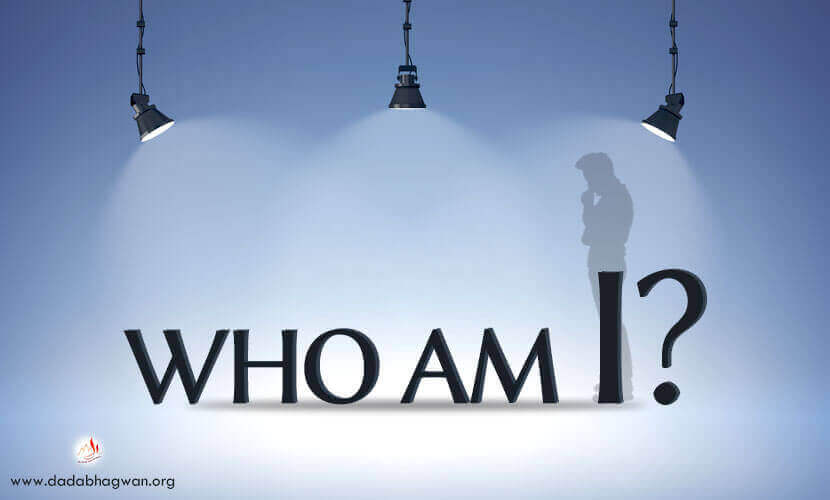 The world remains suspicion less where suspicion is needed

There is only one place where there is a need for suspicion and that is to question yourself 'Am I really *John (Put your Name)?' that is the only suspicion you need to continue to have in order to find your true self.

Let’s see Param Pujya Dadashri’s live conversation with a spiritual seeker on how to discover yourself:

Questioner: Suspicion on, 'I am *John (Put your Name)'…

Dadashri: Then your work is done. Nobody has this suspicion, even when I question them repeatedly about who they are, they just tell me, 'I am *John (Put your Name).' This suspicion about their identity never arises, does it?

When I keep stirring this issue, then the suspicion arises and one starts to think, 'What Dada is saying is correct; there is some truth in it.' Otherwise, one will never begin to have suspicions about his real identity.

Questioner: Is it necessary for that suspicion to arise before one can progress further?

So which suspicion is worth having? Suspicion related to the self, 'Is this the atma (Soul, the real Self) or that is the atma?' Until one realizes the Atma (the Self), he will continue to have suspicions, just as the world does.

How can the suspicion of the Self disappear? How can you discover yourself?

Akram Vignan is to be applauded in wonder that within one hour of the miraculous Gnan Vidhi (the one hour spiritual process of Self Realization), one becomes permanently suspicion-free about the Soul.

Suspicion about the Soul cannot go away by reading books. A manifest Gnani (Self-Realized one) is required there. As one knows more and more information from the scriptures, his suspicion increases more and more; once he reaches a stage of ‘I don’t know anything’, he is ready for real knowledge. The knowledge that gets rid of kashayas i.e. anger, greed, pride, deceit, is real knowledge; it is Gnan (Self Realization). Where there is suspicion, there is agony. The sign of knowing the Soul is a permanent suspicion free state.

He who becomes suspicion-free in the matter of the Soul is in a state of permanent liberation!