What is the Journey of Soul?

The Purpose of Life Is Nothing but Development Only through the Journey of Soul! 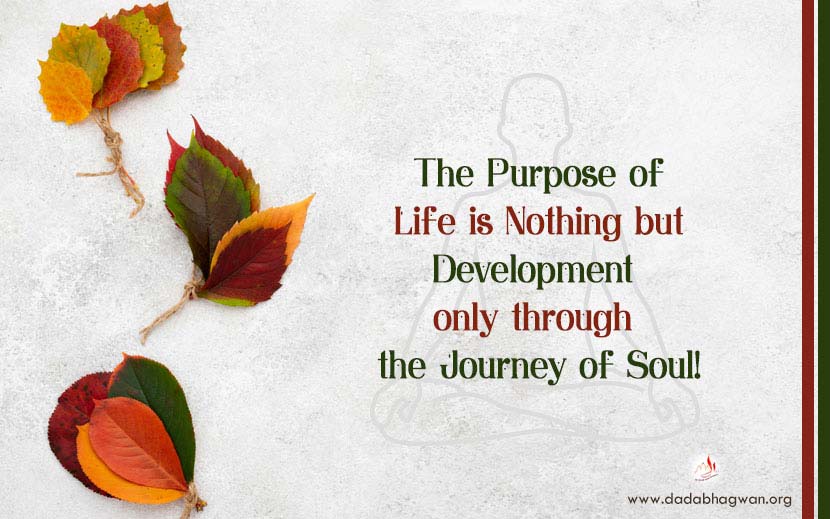 The Soul with the coverings of karma on it is called a living being. On its journey, the living being undergoes several stages of development and as karmas get shed, the being progresses spiritually on the path of evolution. The Soul, by its very nature, is moving towards ultimate liberation (moksha), as long as there is no interference along the way.

However, interference is usually there. Thus, The Soul’s journey towards liberation is not that straightforward. Thus, it naturally passes through different life forms. There are three divisions for the development of Soul for liberation in this world, which are as follows:

1. The life-form that has no identity. It’s awaiting an entry into the worldly life.

Before a living being enters into the worldly cycle, there is a stage wherein there is total covering on the Soul. In this stage, the Soul is not spoilt nor is it destroyed. The Soul is there, but it is totally covered (with dense layers of coverings over it). So, not a single ray of light of knowledge of Soul is able to come out. They are called ‘Nigod’. There are infinite Souls in this stage; they are fully covered. Not a single sense has been developed in these living beings as yet, and therefore, they are in a dormant stage.

2. The life-form that has identity. It has entered the worldly life.

When one Soul from this world attains liberation, one Soul from the Nigod enters the worldly cycle. Only a little covering from over the Soul of the Nigod gets removed, from where little light of Soul comes out. Thus, one sense is developed. With this, the particular living being begins its journey in this world, and gradually develops from one-sensed to two-sensed, three-sensed, four sensed, five-sensed and then comes into human life-form where his mind, intellect, ego gets developed. These beings are in bondage. At every stage, the living beings go through enormous suffering due to the load of coverings. These coverings on the Soul keep reducing, as their development progresses naturally. When in human form, one creates new causes with the help of mind, intellect, and ego. Based on these causes, the living being reincarnates in either celestial, human, animal, or hell realm. In each life, the being then suffers the effects of the causes made. Ultimately, when one gets Self-Realization, the worldly development completes there; new karmas stop being charged. When all the old karmas discharge without any interference, one attains total liberation!

3. The third is the ultimate liberation of the Soul. It has left the mortal world.

These are the liberated Souls. They have already reached the stage of ultimate salvation; and therefore, they do not come back in this world. They are free from all the worldly bondages.

The Journey of Soul: Who Manages It?

There are six eternal elements in this world; they are everlasting. When these elements revolve around each other, their phases occur automatically.

The Soul is one of the six elements. Soul is nothing but Absolute knowledge! The other elements, too, are powerful (in terms of their respective attributes), but they do not have any (attribute of) knowledge or understanding. When the element of matter and the element of Soul come together, the different phases of the Soul occur automatically. For example, a Soul takes up a human form (its phase) automatically.

We are a Pure Soul. However, the Soul cannot be seen. What we are seeing are the phases. Due to the ignorance of the Soul, we think, “I am this phase (human), I am John, I am brother, I am doctor, and so on.” Innumerable such wrong beliefs are formed based on which the worldly interactions start. The belief of “I am John” coupled with another wrong belief of “I did this” results in charging of karma. All this takes place automatically during the journey of Soul.

Let’s understand from the conversation below:

Dadashri: These are all circumstances that the Soul has come across! For instance, you and I are sitting here right now. We go out and if suddenly a dense fog comes up, then you and I would not be able to see each other, isn’t that possible?

Dadashri: So, it is due to the fog that the seeing got stopped. Similarly, this Soul has been shrouded by the fog of circumstances; so many circumstances arise! This fog has infinite kinds of layers (coverings of karma) as compared to the atmospheric fog. These coverings are so grave that they do not allow you to realize that ‘I am Soul’. The Soul has not come nor has it ever gone. The Soul (Atma) itself is God (Parmatma)! Yet, these coverings do not allow one to realize one’s Self. Incredible! And this is what Gnani has seen; the One who has got liberated, has seen it. 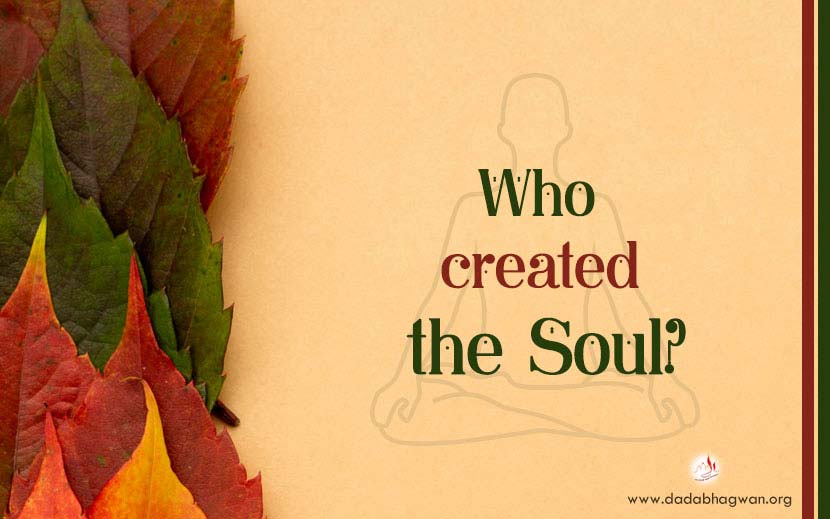 Questioner: Who created the Soul?

Dadashri: No one has created it. If it was created, then it would have an end. The Soul is something that is constantly there; it is an eternal element. It has never had a beginning. No one has made it. If it did have a creator, then even the creator would come to an end, as would his creation.

Questioner: Why does a thing like Soul come into existence?

Dadashri: It has not come into existence or anything like that. In this world, there are six eternal elements and these elements are constantly undergoing changes. And it is because of these changes that you see all phases. People consider the phase as: ‘This is my form.’ The phases are temporary, whereas the elements are permanent. Therefore, the Self (Soul) does not have to come into creation.

Questioner: So only the Soul has to go to moksha; to other elements it does not matter?

The Stages of Development on the Path of Evolution

The Soul is in its pure state throughout all time periods (past, present, and future). However, because of layers of coverings, its reality is obstructed from coming into your vision. Once it comes into your vision, the vision is purified after which it can never become impure. Nevertheless, the Soul has always maintained its state of detachment and purity throughout these phases and time periods in each birth. Even now, our Soul is pure. Everyone’s Soul is pure, but because the external form (phase) has come about, it is in that form that your wrong belief has arisen. Thus, although the journey of Soul includes many phases, the Soul as an element remains pure.

The Soul has infinite knowledge, but it has always been covered with karmas. As and when some layer(s) of ignorance (the different wrong beliefs) break, that much Knowledge of the Soul gets manifested (in worldly life)!

For instance, if you place a 1000-Watt bulb inside a pot and seal it completely, then not a single ray of light will come out of the pot. Now, if you make one hole in the pot, one ray of light will come out. In the same way, the light of the Soul comes out through one sense and it takes the phase of a one-sense creature. When another hole is formed, it takes the phase of a two-sense creature. Inside, the Soul is complete; its light (knowledge) is full. However, there are so many coverings on it that the light does not come out.

In a nutshell, this is how the journey of Soul happens:

To Him we bow in eternal reverence,
Who kindled in us Pure Light;
Every Soul is a temple now, where the bells chime,
Jai Satchitanand