What is the science behind fear? 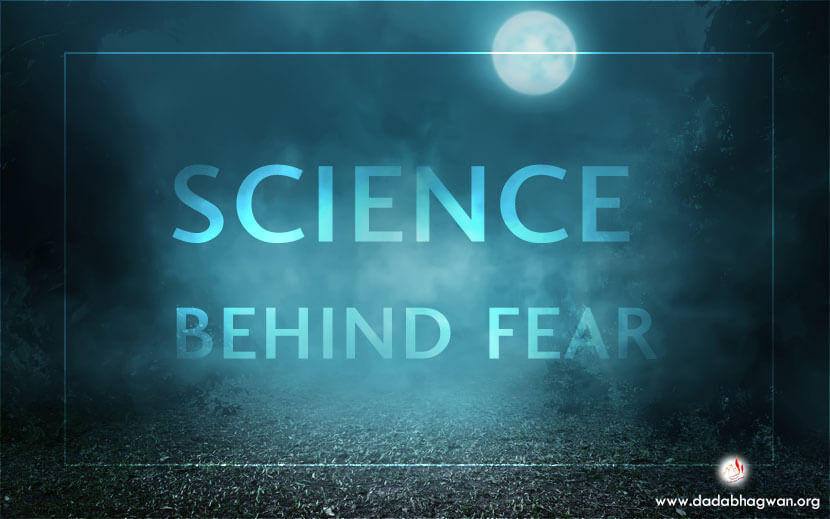 Some people do penance and some practice austerities. What is the need to see any fault in that? They are under the control of their vyavasthit. How does any of this concern you? You should not criticize or concern yourself with anyone's actions. Do you want to bind new karmic accounts with him? He does what feels right to him, your concern is only liberation for yourself, and you have nothing to do with anyone else. After all no one is at fault in this world. To me every living being is faultless; the pickpocket, the animals and insects - snakes, scorpions etc. You become fearful of those you see as being at fault. I never see them as such, because I know through Gnan why they are faultless. To see faults in anyone is an illusion. To see someone as good or bad, a thief or an honest person is an illusion. In your awareness you will see that all are faultless, and it is because of your flawed vision that you see faults in anyone. If you continue to see faults in others, understand that you are making a mistake in the way you see the world. It is an illusion that people appear to be at fault, because in reality everyone is faultless.

If a man dislikes his wife, he will see many mistakes in her and will harp on her negative points. This constant fault-finding leads to scorn (tiraskar). The scorn leads to fear. He will experience fear in certain interactions with her and when he sees her, he feels a sense of suffocation and uneasiness. We all tend to be afraid of those or that which we dislike intensely. All this is a result of scorn. In order to break free from this feeling of contempt, one has to keep asking for forgiveness. Even though the other person may not be aware of it, you have to continue asking for forgiveness from within.


Only Gnan Can End Suspicion

Questioner: There are many people who are such that opinions like, 'He is a good man, he is useless, he is cunning and greedy, and he is here to cheat and take my money away,' abound for them.

Questioner: But the saying is that life force (praan) and the inherent nature (prakruti) go together.

Dadashri: We do not have to look at praan and prakruti; we have nothing to do with that. That poor man is under the influence of the fruition of his karma. He is suffering his karma and we are suffering ours. We have to remain aware.

Questioner: At that time, we may or may not be able to maintain equanimity.

Dadashri: If you do everything according to what 'we' tell you, that everything is karma-dependent, then your work will be done. That which is ours will go only if it is meant to. Therefore, there is no reason for you to fear anything. On a dark night, in the light of an oil lamp in a village, you see a snake enter the room; will you be able to sleep, then?

Questioner: No, I would be afraid.

Dadashri: How will others be if you are the only who knows about it?

Questioner: They will sleep peacefully.

Dadashri: That is why the Lord asks, 'Why don't you sleep when others are sleeping peacefully?' One would reply, 'I saw a snake coming in. I will sleep when I see it go out.' He has the knowledge of the snake entering the room and he will be free when he gains the knowledge of it leaving. But he cannot be free as long as has suspicion in his mind.

Questioner: How can suspicion go when I have not seen it leave?

Dadashri: Suspicion goes away through the Gnan of the Gnani. This world is such that even a snake cannot touch anyone. Seeing through the Gnan, 'we' say that this world has never been unjust, even for a moment. The courts of the world, the judges, the lawyers, etc., may all be the cause of injustice, but not the world. Therefore, do not be suspicious.

Questioner: So should one not harbor any fear? It does not matter if one saw the snake; is one to not be afraid?

Dadashri: Even if you try not to be afraid, fear will inevitably creep in. It will continue to make you suspicious. No one can do anything. Suspicion will go away by remaining in Gnan.