Questioner:  Does the unliberated Soul return after death? 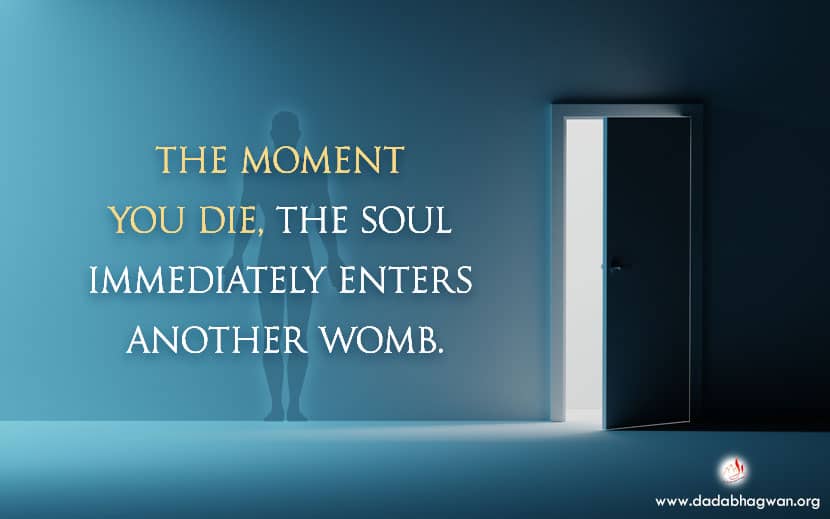 Who is it that reincarnates? It is because there is the Soul that there is reincarnation. We witness the death of the body, which is burnt. So only the Soul can come and go in different forms.

Questioner: Who takes rebirth? Is it the Soul or the life force (jiva)?

Dadashri: No, nobody has to take it, it just happens. This whole universe functions automatically; everything just happens on its own.

Questioner: Yes, but who makes it happen? Is it done by the jiva (mortal entity) or the Soul?

Dadashri: No, the Soul has nothing to do with it. Everything happens because of the  jiva. This comprises of the Soul, the causal body and the electrical body. This entity that desires worldly happiness has the 'right' to enter the womb and when worldly happiness is not desired, it loses the right for a rebirth.