What Happens after Moksha?

What happens after Moksha? What happens to soul after Moksha? Once you attain liberation, you remain in the infinite bliss of the Self while being the Knower and Seer of the whole Universe. When one realizes that He is neither the body nor the name but only an Absolute Pure Soul, one gets liberated. However, how did the Soul come into this worldly life? How does the evolution of soul take place? Let’s explore it!

a) The Journey of a Soul:

There are infinite souls as well as matter particles in the cosmos (Universe). The Soul is one of the six elements, which are eternal and permanent. As per the law of spiritual science, there can neither be a beginning of nor an end to that which is permanent.

When the two eternal elements, namely soul and matter come close to each other, the living being (jiva) comes into existence. The third entity, i.e., the egoism in the form of belief, “I am John (reader to insert their own name)” arises. This is a natural phenomenon similar to the example that when sun and water are close to each other, evaporation takes place.

The Soul is veiled by ignorance and is initially in the nigodh (a class of infinitesimal, imperceptible beings that exist in a dormant state). It then enters the interactive worldly state, where there is a development from being a one-sensed organism to a five-sensed human being, as per the theory of evolution. However, once the human form is reached, the ego raises its head to be the doer and accordingly binds merit karma (credit) and demerit karma (debit). The tendencies incurred in human life will determine the portal of entry into any one of the four lifeforms (bestial, human, demonic or divine).

Once the intent to come out of the cycles of birth and death arises and the search for permanent happiness starts, one finds the way to Moksha. One realizes one’s own real state, becomes free from all the veils, and the Absolute Soul gets liberated from this Universe (second stage of Moksha).

b) Where does the Soul go after Moksha?

The whole Universe (lok) is in the shape of a standing person with legs apart and hands on the waist. We (humans, animals and birds) are in the middle part of the Universe (waist level). Below the waist, there are seven hellish worlds. Above the waist, there are several heavenly worlds. Above the head is the area which is called the Siddha Kshetra. Siddha Kshetra is just above the Universe, i.e., on the edge of the Universe where there is only space (akash) and no other element.  The Soul reaches the Siddha Kshetra after shedding all the worldly atoms and that is called second stage of Moksha. 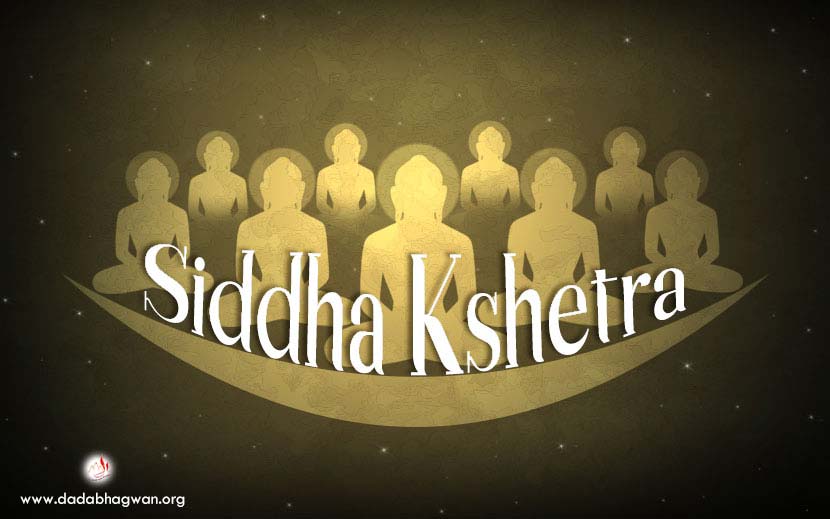 c) How do You (Soul) go to Siddha Kshetra after Moksha (Ultimate Liberation)?

The very nature of the Soul is that it is eternal and floats upwards due to its lightness. However, due to the veils of ignorance over the Soul (avaran), the Soul gets heavy and takes the lower life form as per the level of avaran. After Self-realization, you become free from all your attachments of worldly atoms. All the atoms around the Soul shed off, and the Soul floats to the Siddha Kshetra (the permanent abode of absolutely liberated Souls). This is exactly what happens after Moksha.

d) The state of the Soul in Siddha Kshetra

The Self experiences its own constant bliss and is in its own space. So, what work does it do? It is the work of Knowing and the work of Seeing that goes on continuously! The result of this Knowing and Seeing is Bliss. So, when someone raises hands here, the liberated Souls in the Siddha Kshetra can see it.