How the mind works? 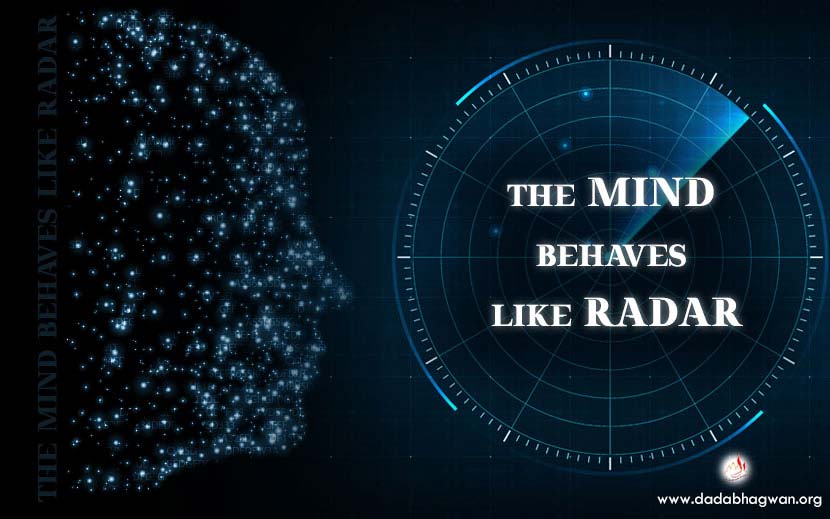 The mind keeps on performing its function (duty). What is the mind like? It works like radar. Just as there are radars in the airplane and we can tell from the radar that there are three planes coming this way to fight. At that time the seer does not get frightened. Things are not seen in the radar in order to frighten anyone. At that time, the seer will change the direction; ‘if the plane is coming from this direction, then let us go in the other direction.’ This is how you are to put it (mind) to good use. Its nature is like radar. So when it sees fearful situation close by, it will shout out. Just as the radar frightens him, here the mind will frighten him. It will say, ‘Hey, the planes are coming from behind, all these planes are coming.’ And you say, ‘Yes, I am turning around, I know.’ So many times it helps like radar.

The mind that is within, it is simply timid. It will unnecessarily shout, ‘They are coming! They are coming!’ Then you say, ‘Brother, let them come; I am going on this side. What are you shouting for?’ and it will start talking about satsang. It is not as if it will hold on to that topic. You are the awkward one. You get frightened and then this mind does not move away from there. Once you explain to it, it will not get frightened.

Questioner: These days, none of the Gods talk about radar.

Dadashri: Yes, that is indeed what I am talking about!

Questioner: The word ‘radar’ that you have used is quite appropriate.

Dadashri: In fact, the radar gives you the signal that ‘They are behind you’. And when you look, they may have gone in a different direction. The signal it gives is not wrong. You make a note of it and move forward….

There may have been an accident at some place and you have to go past that place; the mind may tell you, ‘What if you have an accident there?’ Then know that the mind-radar is showing you this now. At that time, you have to say ‘I am pure Soul…I am pure Soul.’ and enter into your Pure Soul state. And after passing through this place, you can come out. Or, if there is some fearful situation on the outside, you should go into the Shuddhatma. Then if you happen to get into an accident at the time and you remained the Shuddhatma, then there will be no added loss, will there? And the mind doesn’t do anything else, it only shows you; what harm is it to you? What happens with these people of the world (those who do not have the Gnan)? As soon as the mind shows that an accident may occur, one becomes engrossed with it and consequently he becomes ‘like an accident’. We have separated the Soul so there is no more getting engrossed with situations. You are (now only) the Knower-Seer of that. But if the radar should say something fearful, you should go into the Pure Soul.

Questioner: When the mind points out something, it must have such phases, only then it would point that out, right?

Dadashri: It is simply cautioning you and it is showing you things as they appear to it, so how is the poor mind at fault? That is how circumstances appear to the mind and hence it informs us accordingly, otherwise it would not say anything. However circumstances are not what they appear to be, but it will tell you things according to its perception. That is its (the mind’s) obligation. The mind is “duty bound”. So radar is necessary, isn't it? And yet people look to get rid of this ‘radar’. Hey, how will you function without a mind? The mind is definitely needed. It will forewarn you about places of fear or it will show you things of happiness. So it works like radar.

People of the world say, ‘Do not show us fear such as this’. They don’t like it when the mind shows them things of fear. If it shows you the same, then you have to simply retreat into your Shuddhatma state!


When the mind is involved in its dharma, the mind may have good thoughts or bad thoughts but nonetheless, it is in its owndharma. When thoughts are good, one says, “My thoughts are good,” because of the illusion (bhranti). Here one becomes one with the thoughts (tanmayakar). When thoughts are negative, he remains separate from the thoughts saying, “I have these terrible thoughts even when I do not want to.” The function (dharma) of each component of the antahkaran (the internal functioning mechanism in every human being composed of the mind, the intellect, chit and ego) is separate. The function of the mind is separate, function of the chit is separate, function of the intellect is separate and function of the ego is separate. But one interferes in their functioning and creates a mess! To become one with thoughts is the illusion. When interference of becoming the owner of the thought does ceases? It is when the Gnani Purush bestows the knowledge of the Soul; the knowledge of one’s real Self, one ceases to become one with everything that takes place within and without. As the Self, one becomes impartial. Then there will be no support for the mind, the chit, the intellect, the ego or the body. You become one with them because of the false projection (aropit bhaav) ‘I am the body’. Once you attain the Self, you remain separate as the knower and the seer.


What is the reason for fear? You consider yourself as temporary; Fear vanishes with the understanding vision of ‘I am the eternal Self’!