What are the triguna of prakriti according to Shree Krishna? Why and how does one go beyond Sattva Rajas Tamas Prakruti?

The Self And The Non-self

The non-self is to be known after acquiring the Self. Only then can it’s every facet be known. 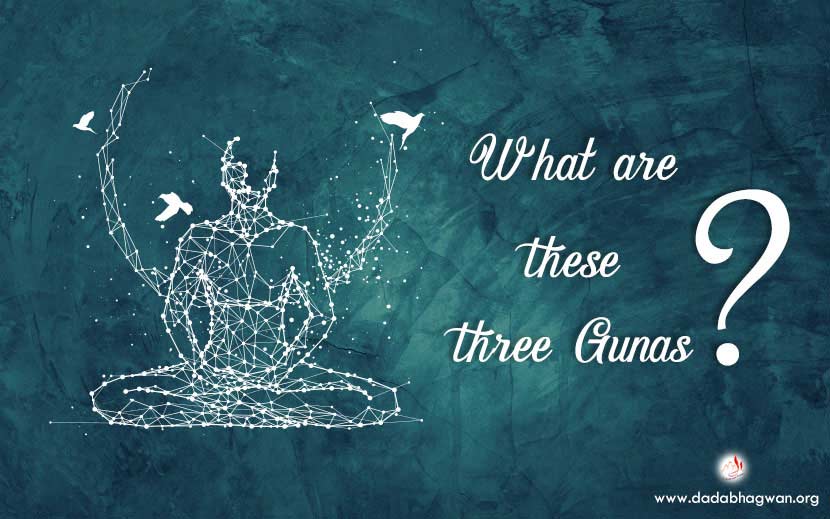 ‘Prakruti is like a top’ (spinning toy). What does that mean? The winding of the string around the top is the cause, as the string is pulled away the spinning of the top is prakruti.

There is skill and precision in the winding and there is also skill and precision in the unwinding. Everything occurs exactly as it was caused. Even when a child eats, does he put the food in his ear instead of his mouth? If a serpent dies before its eggs hatch, the baby serpent when born will know how to strike. What is the reason behind this? That is the wonder of prakruti.

The precision with which prakruti functions, is a wonder in itself. How far can prakruti go? There is a limit from the very beginning as to how far it can go. Even when a top is spinning, it spins within its boundary. For example, even the thoughts that come to you have a limit. When you are overcome with illusionary attachment, there is a limit to that too. Every living being has its ‘center’ in its navel. In the navel area the soul is completely free from covering by any karmic matter. The pure light of knowledge is to be found here. If prakruti were to go beyond it’s limit, then this area would become obscured and that living being would become inert, but this can never happen. No matter how intense a person’s illusionary attachment becomes, it will reach its limit and then begin to subside. All this occurs according to the laws and limits of nature. Nothing ever occurs outside the boundaries of nature.

Vedas do not lead one beyond the three gunas

In the Gita, Lord Krishna has said, "Vedas are not outside the three gunas (attributes of the non-self; the prakruti). The Vedas verily illuminate the three gunas." It was after meeting Lord Neminath that Lord Krishna spoke the Gita. Prior to that He was a Vedanti; one who follows the Vedas. In the Gita, He said, "Traigunya vishayo vedo nistraiyai gunyo Bhavarjuna." He made this great statement. He said that in order to know the Self, one will have to go beyond, the Vedanta. He said, "Hey, Arjuna! Go beyond the holder of the three gunas (trigunatmak i.e. the prakruti) to know the Self." What are these three gunas? They are sattva (goodness, relative awareness), rajas (passion, desires) and tamas (darkness, relative unawareness, lethargy). The Vedas support the science of the three gunas; therefore your work will be done only if you go beyond them. Besides, each of these three gunas exists as duality and therefore goes beyond the three gunas and understands the Self that is beyond all dualities. Lord Krishna has said for one, to go beyond the three gunas in order to realize the Atma but people do not understand this. What do all the four Vedas themselves say, in their conclusion? They say, "Ne iti…Ne iti… This is not that…this is not that…" The Self that you are looking for is not in this; therefore if you want to know the Atma, go to a Gnani."

Lord Krishna has said, "God has not created this world; it has come about naturally (swabhavik)."


1) If one could just understand the true meaning of what Lord Krishna has revealed, one could become a true devotee.
2) Lord Krishna had uncovered the entire science, and he said that the four Vedas were trigunatmak (possessing three characteristics of the prakruti, the non-Self complex: rajas, sattva, tamas).
3) These four Vedas are for the people. However, those who want to attain the final liberation (moksha), must go beyond the four Vedas, and come into the Gita.