What is the meaning of Arihant ?

Who is called an Arihant? 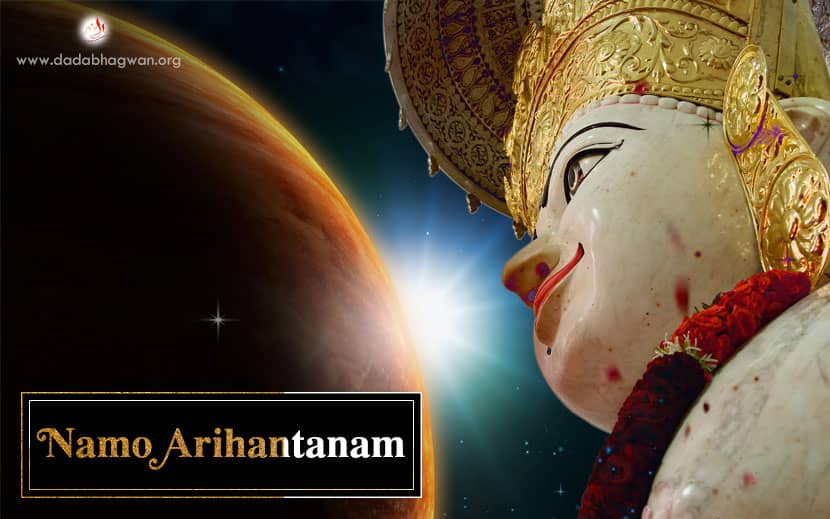 'Where is Arihant existing now?'

Let us get more information about Arihant Bhagwan, through the following conversation with Param Pujya Dadashri.

Questioner: Does the Arihant possess a physical body?

Dadashri: Yes, He possesses a physical body, without which He cannot be called an Arihant. They have a body (Dehdhari) and a name (Namdhari).

Questioner: Does the title of Arihant apply to the twenty-four Tirthankaras?

Dadashri: Then should you not question why they call the one who is Siddha, an Arihant? They belong to the second level i.e Siddhanam. This misunderstanding is precisely why there is so much confusion. Right now Lord Simandhar Swami is the Arihant. Do you know why I say that? Are all the twenty-four Tirthankaras, Arihants or Siddhas? Is their status that of Siddha or Arihant?

Questioner: At this moment they are in the Siddha Loka - the location of all liberated Souls.

Dadashri: Are they Siddha? Are you hundred percent sure of this?

Dadashri: Then they fall in the category of Siddha. So then who is in the Arihant category? Arihant means they have to be currently living. People refer to the twenty-four Tirthankaras as Arihant, but if you think about it, they have actually acquired the state of Siddha. So when we say 'Namo Siddhanam' we are paying obeisances to them. But that leaves the category of the Arihant vacant. So the mantra of Namaskar remains incomplete, and by being incomplete, it does not give result. There has to be a living and present Tirthankar. The current living Tirthankar is Simandhar Swami; it is through His name that your work for liberation will have to be carried out, only then can the Namaskar mantra be complete. If a collector has been promoted to a Governor, would it not be disrespectful to continue addressing him as a collector?

Dadashri: In the same way if you believe the twenty-four Tirthankaras to be Arihants, then you are incurring a big loss. It is very detrimental. It does not harm them, as they are Vitarag lords, but it is very damaging for us.