What is the difference between an Arihant and a Siddha?

Questioner: Does the title of Arihant apply to the twenty-four Tirthankaras? 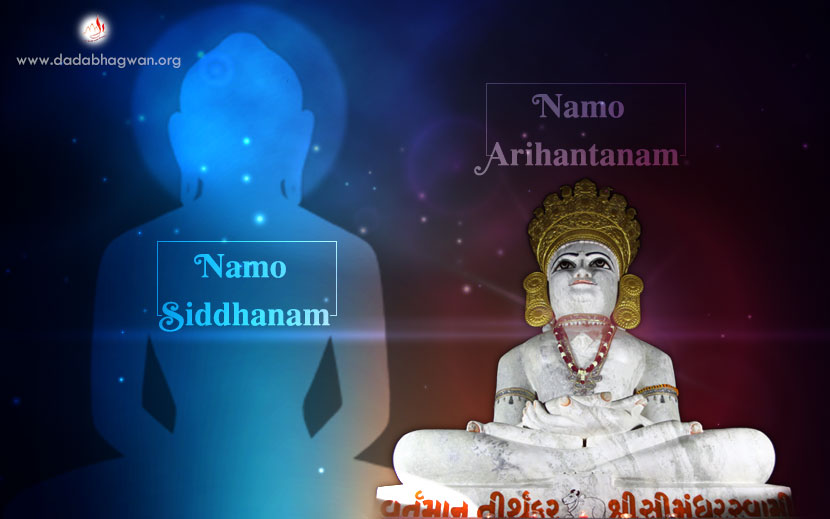 Dadashri: Then should you not question why they call the one who is Siddha an Arihant? The level of the Siddha is a different level altogether. The twenty-four Tirthankaras are no longer Arihants; they do not have a physical body! This misunderstanding is precisely why there is so much confusion. Right now Lord Simandhar Swami is the Arihant. Do you know why I say that? Are all the twenty-four Tirthankaras, Arihants or Siddhas? Is their status that of Siddha or Arihant?

Questioner: At this moment they are in the Siddha Loka - the location of all liberated Souls.

Dadashri: Are they Siddha? Are you hundred percent sure of this?

Dadashri: Then they fall in the category of Siddha. So then who is in the Arihant category? Arihant means they have to be currently living. People refer to the twenty-four Tirthankaras as Arihant, but if you think about it, they have actually acquired the state of Siddha. So when we say 'Namo Siddhanam' we are paying obeisance to them. But that leaves the category of the Arihant vacant. So the mantra of Navkar remains incomplete, and by being incomplete, it does not give result. There has to be a living and present Tirthankar. The current living Tirthankar is Simandhar Swami; it is through His name that your work for liberation will have to be carried out, only then can the Navkar mantra be complete. If a collector has been promoted to a Governor, would it not be disrespectful to continue addressing him as a collector?

Dadashri: In the same token if you believe the twenty-four Tirthankaras to be Arihants, then you are incurring a big loss. It is very detrimental. It does not harm the Vitarag Lords; it has no effect on them, but it is very damaging for you.

Reaches Only the Current Living Tirthankar

Neither Lord Mahavir nor the rest of the twenty-three Tirthankaras can help you attain liberation now. They have already become liberated. When we say 'Namo Arihantanam', that mantra reaches the Arihants, wherever they may in the universe, just like the mail that always reaches its destination. It will not reach Lord Mahavir. Presently people believe that when they say 'Namo Arihantanam', it reaches Lord Mahavir. The twenty-four Tirthankaras of the past are now in the fully liberated state as the Siddhas. They are in the category of 'Namo Siddhanam'. Only the currently present Tirthankaras are referred to as Arihants.

This Can Also Be Understood Through the Intellect

Questioner: Today I came to understand that when we say 'Namo Arihantanam,' it refers to only Simandhar Swami; he is the Arihant Lord.