Questioner: What kind of love is it when two lovers commit suicide because there is no acceptance from their families?

Dadashri: Aimless, useless love! How can you call that love? They become emotional and lie across the railroad tracks to commit suicide! Then they will say to each other, 'we will be together alone in our next life.' No one should have such expectations. It is each individual's karma that determines where he or she will go. They will never be together.

Questioner: Would they not be together even though that was their wish?

Dadashri: Nothing happens by wishing. The next life is the result of karma of this life. These are all emotional reactions.

Did you have an affair of infatuation when you were young? It is when all the evidences and circumstances come together, that one gets involved in this kind of a problem. 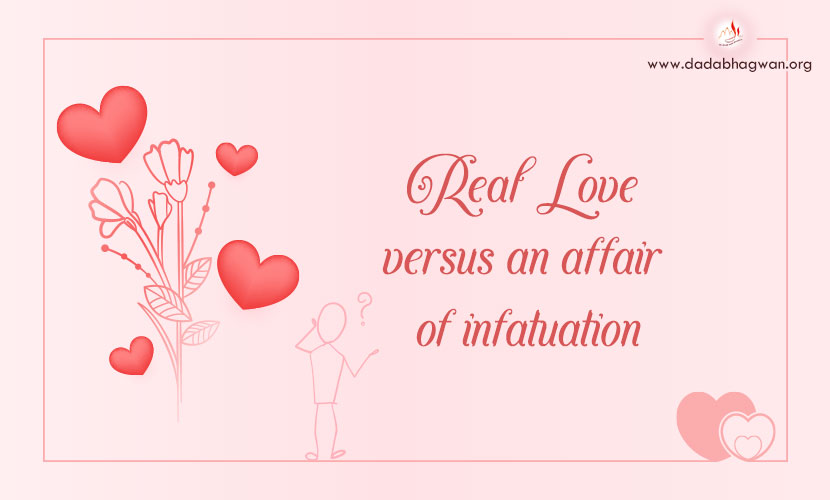 Questioner: What is an affair of infatuation?

Dadashri: Yes, I will tell you. A man had seen his son who was at college, going around with a girl. He asked his son why he was going around in a state of infatuation. People nowadays do not call it so but in the old days they used to call it a lafroo, a temporary state of infatuation and attraction. The father referred to it as lafroo because he knew that his son was being foolish in thinking that he was in love and was going to suffer tremendously from that relationship. This lafroo was clinging to him and it would hurt him. It is not easy to sustain love. Everyone knows how to have love affairs, but they do not know how to break away from such a love.

The son became very upset when he heard his father refer to his girlfriend as a lafroo. He told his father that he was ruining his reputation by saying such things and asked him not to speak in this manner in public. The father agreed. The son dated this girl for two years and then one day he saw her with another boy at the movies. It was then that he realized that his father was right all along. His relationship with the girl was a lafroo.

When all the evidences and circumstances come together, one will become stuck with a lafroo and it will be very difficult to get free from it and when she starts seeing someone else, he will not be able to sleep at night. Does this not happen? From the moment the son realized what his father had said and recognized that it was truly a lafroo, a false love, it began to release him from its grip. As long as he saw her as his girlfriend and not a lafroo, he was bound to her.