How to choose a Life Partner

Choosing a life partner is one of the hardest decisions we have to make. When we become old enough to marry, we start to imagine what kind of life partner we will marry. We make a mental list of the kind of character traits and qualities they should have. Therefore, it goes to follow that when we find someone who meets all our criteria then we settle down. The important thing; however is to know how to choose a life partner so that our marriage does not lead to expectations, displeasure and clashes. Param Pujya Dada Bhagwan gives a unique insight on how to choose a life partner. 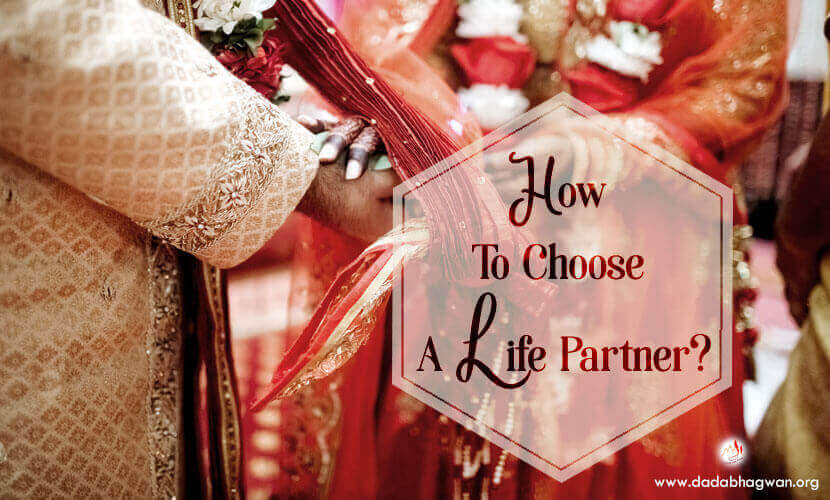 The importance of character traits

Dadashri: Would you tolerate it if a person had a bad reputation and had many addictions?

Dadashri: And what if his character was good but he had an addiction?

Questioner: I would only tolerate it if that addiction were for cigarettes, nothing else.

Dadashri: You are right. Smoking is tolerable. Alcohol is not to be tolerated. You have said well. Good character is very important. Do you believe that?

Questioner: Of course! How can one live without it?

Dadashri: Yes, if Indian girls and women understood just this much, a lot would be accomplished. To understand the importance of character is enough.

Questioner: Our noble thinking has developed as a result of reading good literature.

When it comes to choosing a life partner, we would prefer to marry someone who is good looking; however, we should not judge the character of person by their looks. If we have to live with them for the rest of our life, then inner beauty and character is just as important if not more, than outer beauty, is it not?

Param Pujya Dadashri says, “A daughter of a follower refused to marry a well-educated boy her parents had painstakingly found for her and felt that he was ideal. They both liked him very much and when she refused to marry him, it upset them tremendously. In his frustration, the father came to me and I told him that I would speak to his daughter. I asked her why she did not like the boy, and whether it was because of his size or his height. She said that it was because his complexion was a little dark. I told her that if that was the only problem, she should go ahead and consent to him and that I would make him fair. She even confronted her father why he had come all the way to complain to me. What else could the poor man do?

After she got married, one day I asked her whether she wanted me to order some special soap to make his complexion fair and she replied that it was not necessary and that he was already fair enough. There was no need for her to be so overly concerned about his complexion. I thought he was a fine boy. How could they let go of such a nice boy?”

What if my parents choose a wrong life partner for me?

While choosing a life partner for you, your parents have your best interests at heart. They would never intentionally do anything to make their children unhappy. Therefore, you should not doubt your parents. Despite this, if something goes wrong in your marriage, then it is your destiny, that which you have brought with you from your past life. You can understand more about the vast science behind karma here.