What is the definition of discipleship? What qualities should the disciple have?

Questioner: So what kind of qualities should the disciple have in order to have a guru? 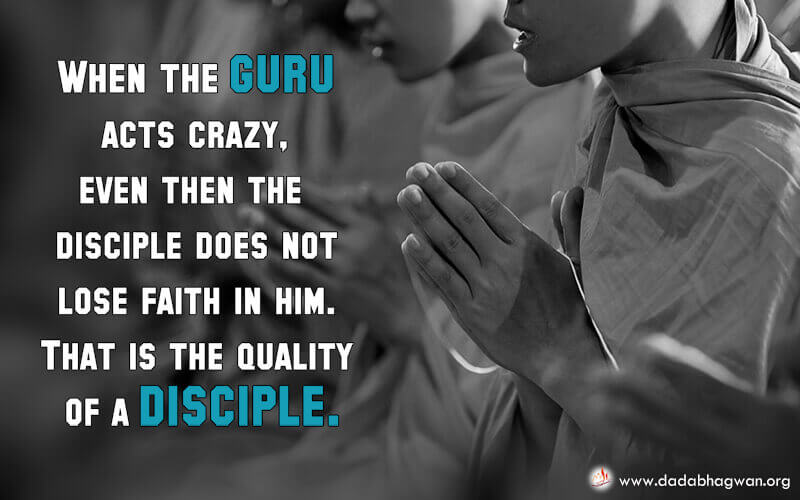 Questioner: As yet, that kind of situation has not occurred.

Dadashri: What would you do if it were to occur?

Yes, when you place your faith in your guru, do it in such a way that you will never have to take it away after you have placed it. If not, you should not place that faith in the first place.

Just yesterday, you looked upon him as your guru, but when the guru started acting crazy, you shouted obscenities at him. You lashed out with all sorts of abuses. Hey you! Why did you place your faith in him in the first place? And if you once accepted him, then stop abusing him. Until now, you took care of a tree; you gave it water and nurtured it and now you are cutting it down!