What are the dangers of bad mouthing a Guru?

Questioner: What are the grave dangers of criticizing or bad mouthing a Guru?

Dadashri: What are the jivas (the human beings) of this fifth time cycle like? They are the very beings (jivas) who have criticized in their previous lifetimes. Therefore, if the guru makes a mistake due to a fault of his prakruti, people will criticize him. Once you have made someone your guru, if you are going to criticize him and this weakness is going to get in the way, then it is better that you do not make him your guru. Otherwise, there is a terrible liability in doing so. After making someone your guru, do not criticize him. No matter what the guru is like, revere him until the end. If you cannot revere him, then never criticize him because to look at the fault of the guru is the fifth ghaati karma (one of five grave demerit karma).That is why they teach, "Be careful - the guru is the fifth ghaati, so if you look at the guru's fault, know that you will fail." 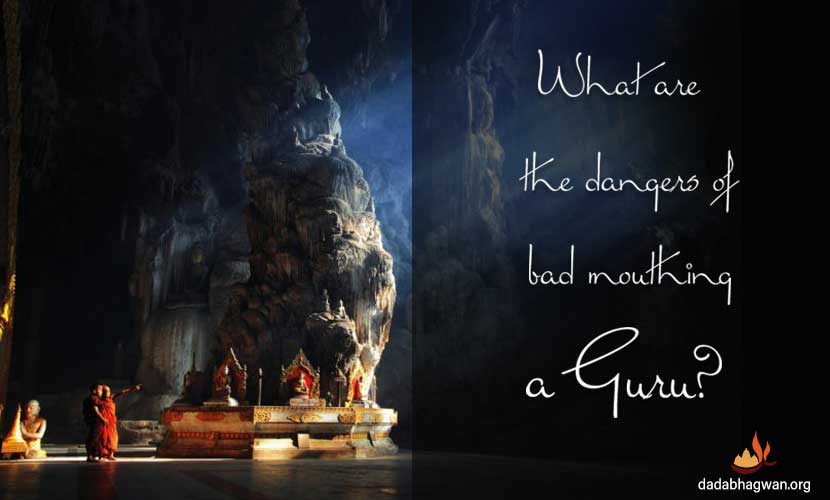 A man came and told me that his guru had told him to leave and not to go back to him and since then he has not had the desire to go back. So I explained to him that it did not matter whether he goes back or not, but he should ask for forgiveness from his guru. 'When you ask for forgiveness, you become free from the world. You may have asked for forgiveness verbally. Now, ask for forgiveness through your mind and do your pratikraman at home according to whatever I have written on this piece of paper.' So someone here wrote down the pratikraman vidhi for him.

Do not fall into gossip about the guru you have chosen because everything is according to unfolding karma (udayakarma). Man cannot do anything. Now, to not raise objections is also wrong but you must raise them with vitaragata, i.e., detachment or without raag-dwesh, not by throwing dirt. You can comment, 'It should not be this way,' but do it 'dramatically' (superficially), because the guru's karma is unfolding. Besides, what are you going to do by finding faults in him? What do you think?

Questioner: Yes, that is right.

Dadashri: And you should be thankful to the guru because he pulled you out of these boundaries, he made you progress, so do not forget that. How can you forget the grace of your guru? So go and visit him. After making someone your guru, you should not spoil your bhaav (feelings) for him at all. Be very careful of this.