What are anonymous donations?

Questioner: For the one who is concerned only with attaining the Self, fame should have no bearing, should it? 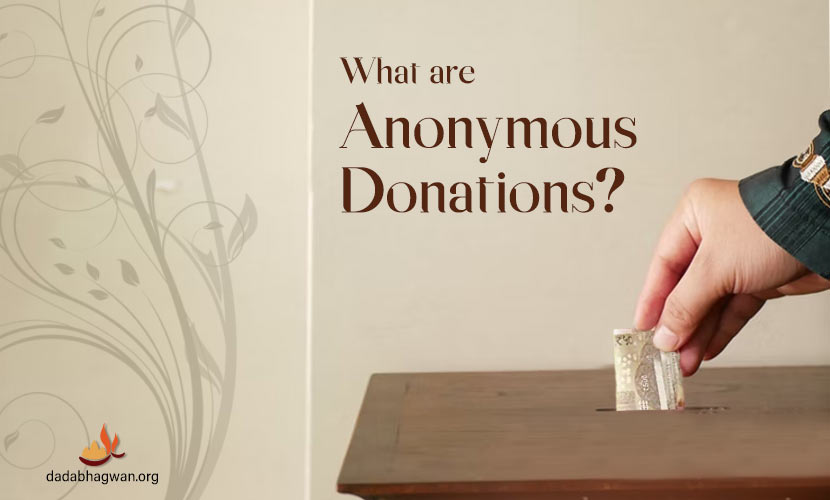 Dadashri: Fame is a very harmful thing. When one is on the way to attain the Self, his fame will spread widely, but he has no interest in that fame. The fame will indeed spread, won’t it! Upon looking at a sparkling diamond, everyone will say, “It is shining so brightly, it has so many facets.” People do say such things, but one himself doesn’t find enjoyment in it. Whereas in matters of fame in worldly life, people are indeed beggars for fame. There is beggary for fame and that is why one donates a hundred thousand rupees to a high school, or to a hospital, but as he gets recognition for it, that’s more than enough for him!

Moreover, in worldly interactions, they say to keep the donation anonymous. Now, only a rare person donates anonymously. Everyone else donates because they have beggary for fame. People give them praise, “Kudos to this businessman! He gave a donation of one hundred thousand rupees!” And so he gets the reward [of the donation given] here itself [in this life].

So upon giving, he received its reward right here. And for the one who maintained anonymity, he kept the reward for the next life. The reward will inevitably be handed out. Whether you accept it or not, there is definitely a reward for that.

Donation is to be given according to one’s own desire. The rest is all fine; it is a part of worldly interaction. Someone may put pressure on you to donate. Someone else may give a person a garland of flowers, so then he donates.

Donation should be anonymous. The way these Marwadi people donate money to temples privately! When no one knows about it, it yields result.