Difference between Spirituality and Religion

There is certainly a vast difference between spirituality and religion.

Come, let us attempt to analyse that difference.

In the quest for peace and happiness, one begins to practice religion.

Every religion in its own way, imparts the knowledge of what is good and what is bad. Religion is a faith or a belief system. It teaches us to leave bad things and adopt the good things instead, since the law of nature is such that when one does bad deeds, he charges demerit karma which brings him unhappiness; whereas if he does good deeds, he charges merit karma that yields him happiness.

There are various different religions practiced in the world eg. Hindu religion, Muslim religion, Christianity etc. Depending upon one’s spiritual development, everyone finds an appropriate religion for himself – one that he feels matches his viewpoint, that what he accepts as being correct and thereby gets entrenched in it. 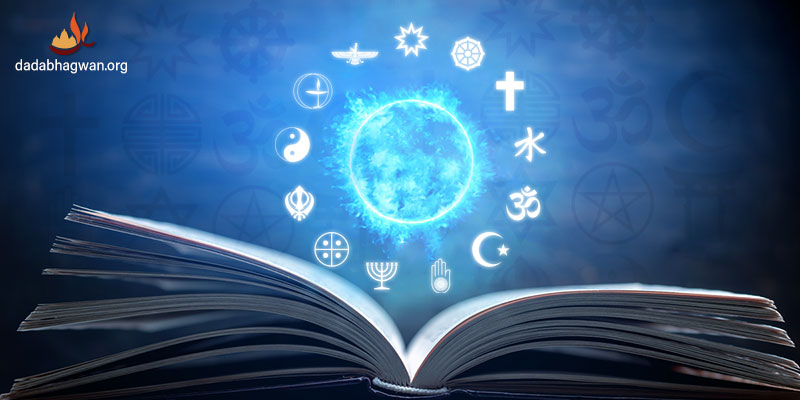 That is when the spiritual quest for permanent happiness arises within...

One realizes that Lord Mahavir, Lord Ram, Lord Krishna or whichever Gods he is presently worshipping – they achieved something beyond the intellect, beyond the ego, beyond what the worldly people have a reach to; they achieved something that kept them always happy no matter whatever the outer circumstances be; and that is why we worship them as God.

Birth after birth, as one is naturally progressing in his journey of spiritual development, finally through his experiences, there comes to him a realization that ‘all the worldly things are temporary and the happiness from the worldly things is also temporary’. This realization kindles within him the spiritual quest for permanent happiness. At this point, he aspires to reach, to follow and finally merge with God; he wants to be one with Him. But how, that he does not know. 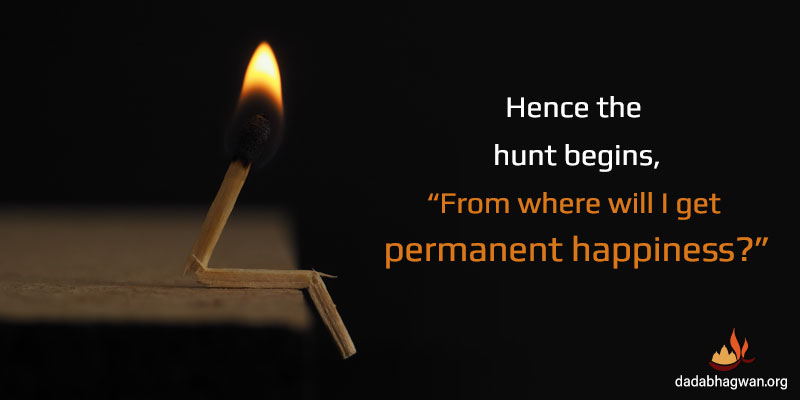 Hence the hunt begins, “From where will I get permanent happiness?”

Nature ends his hunt one day, by offering him the circumstance that brings him in front of the Gnani, the Enlightened One.

And that marks the beginning of spirituality.

There is a huge difference between religion and spirituality. Religion gives us the knowledge that helps us differentiate between the good and bad; and makes us leave the bad and adopt the good. Whereas in spirituality, there is no need to leave anything nor adopt anything. Spirituality liberates us by teaching us to go beyond the duality, beyond the differentiation and discrimination of good and bad, and experience ‘Who really am I?’ and ‘Who is really the doer of the good and bad things?’

Important to Know Who am I

In reality, "Who Am I" is very important to realize. It can not be expressed by words but it can be experienced. This is pure science. Live in present to be happy always.

In today’s world, Akram science is the stepless spiritual path wherein by the grace of Gnani, we realise our Self directly, by actually experiencing ‘I am a Soul’, just in 2 hours by a Self-Realization ceremony.

Until we get there, the Gnani is our pure Soul!! By remaining in the constant company of the Gnani, and by abiding by His words, we receive His divine grace that enables us to gradually see, accept and overcome each of our mistakes that still remain, and also simultaneously strengthen our awareness of the Soul.

Holding on to the Gnani’s hand, one day we shall certainly complete our journey on the path of spirituality and become totally one with God. God is Absolute Soul and whoever attains that stage attains ultimate salvation!! Thus, climbing up the ladder starting with religion one progresses and ends through spirituality.