How does excessive intellect give rise to suspicion?

Questioner: Why does a man with lot of buddhi (intellect) have more suspicion? 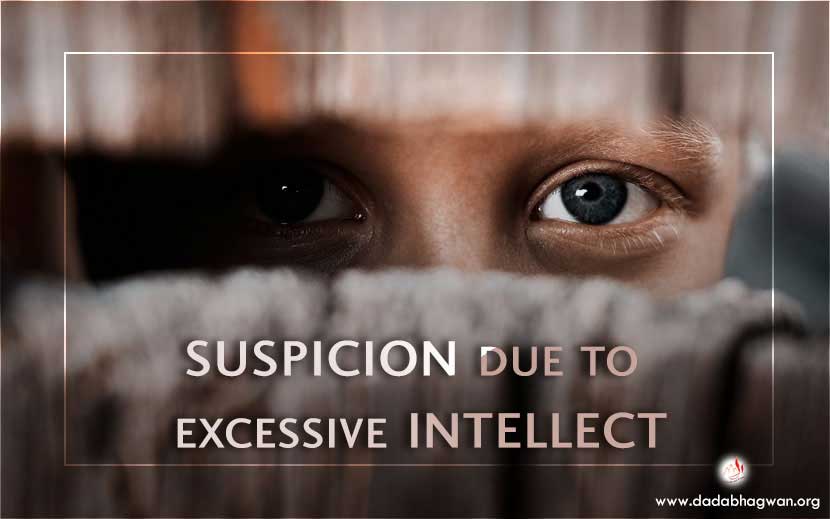 Dadashri: He can see all the phases through his intellect. He can see, 'it must be this way, this is how he must have put his arm around her etc.' If some man were to put his arm around his wife, that would give rise to suspicions of all kind and all the phases (paryaya) of, 'what must be going on?' And that chain of phases initiated by the intellect will continue, whereas an abuddha person i.e. a person without excess buddhi (intellect) will not be concerned with it much. Actually, such a person is not truly abuddha i.e. he is not truly without intellect.
The Gnani has gone beyond the intellect; he has enough intellect to run his daily life. He does not have any other unnecessary intellect with its other complications. Something will happen within and then it will stop. He will use whatever intellect is necessary and then stop.

Questioner: So are you talking about those who lack worldly intelligence; those whose intellect has not developed yet?

Dadashri: No there are very few such people; people like the laborers and such people.

Questioner: But do people not attain intellect first and then attain the state of abuddha (the state of being without excess intellect)?

But this worldly life becomes very difficult for a person with intellect. If a man with excess intellect has five daughters, when the daughters grow up and start going out, he will start to recall all the phases. He can understand everything with his intellect. He can visualize everything and then he becomes very troubled and entangled. Nevertheless, he has no choice but send his daughters off to college and yet he has to see all the phases his intellect shows him. Whether something happens or not God only knows but he dies of suspicions.

2) Suspicion will not leave a person until it destroys him. Do you think suspicion is healthy? With suspicion, a person lives like a corpse.