Why are suspicion, doubt, fear not worth keeping?

Questioner: Now through your grace, finally we feel and are convinced that no suspicions remain.

Can You function without suspicion?

Questioner: We can function very well! But that should (suspicion-free state) occur, should it not? 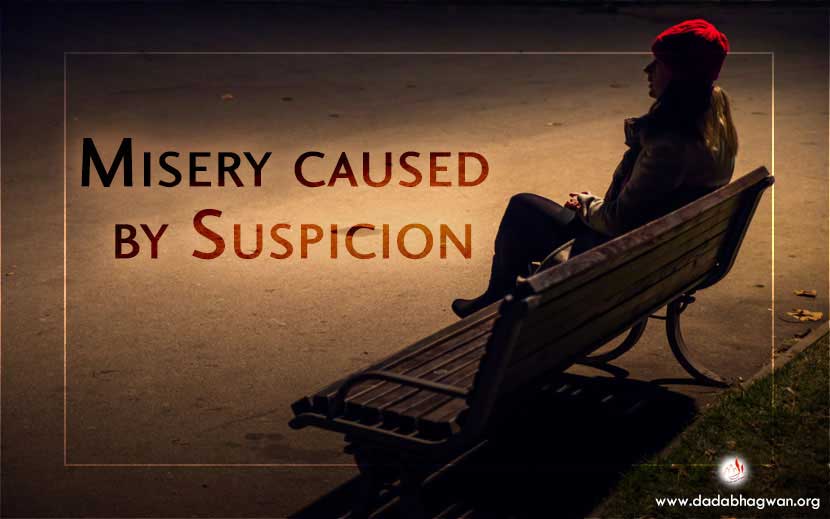 Dadashri: That will happen. People of India have been destroyed by doubts, suspicion and fear. So I am trying to get rid of the word suspicion from this world. That word is worth getting rid of. There is no ghost worse than that in the world. That is why many people are in misery: misery caused by suspicion.

Why do they have doubts (vahem)? It is not worth having doubts (vahem) of any kind. It is not a problem that helps; it is harmful. It makes worse, whatever bad situation that already exists. And whatever damage is going to occur - there will not be any problems in that. So let go of any doubts. That is what I have been telling you all along and I have helped many get rid of it.

2) The one who begins to have doubts, for him complete destruction occurs. Having doubts is a sign of timidity. The entire world is 'scientific circumstantial evidence'. Where is the basis for doubts then? You are the owner of the entire universe; 'I' am ready to give you proof.

3) You should not be suspicious about anyone's conduct, it is very dangerous. How can you see faults in women, when women have given births to great tirthankars? Why should you doubt them? When you do that, there is tremendous liability.