What is dharmadhyan? It is to have no negative bhaav (feeling) towards anyone who causes you harm and to take the support of Gnan that tells you, “I encountered this person as a result of my karma.” Dharmadhyan is to bless the one who insults you in front of a large crowd and to forget the incident. The Lord has said it isdharmadhyan if you feel indifference towards insults and not remember them. But alas there are people who will not forget an insult till they die.

A person with dharmadhyan is considered to be shresthi (a man of highest quality). All day long, he obliges others from the moment he wakes up. He has an obliging nature; he makes others happy even when he is suffering himself. He suffers pain without any artadhyan or raudradhyan. You will never see a frown on his face; on the contrary, his face will always be glowing. He will help solve everyone’s problems. He is never biased towards anyone. What are the qualities of a true Jain? A true Jain is considered to be one with the highest human qualities. His aura radiates for fifty miles around him!

Today, these men have become sheth- masters and bosses (the noun has changed from shresthi to sheth). If you ask their drivers and their workers what they think about their boss, they will say, “Don’t even talk about him!” 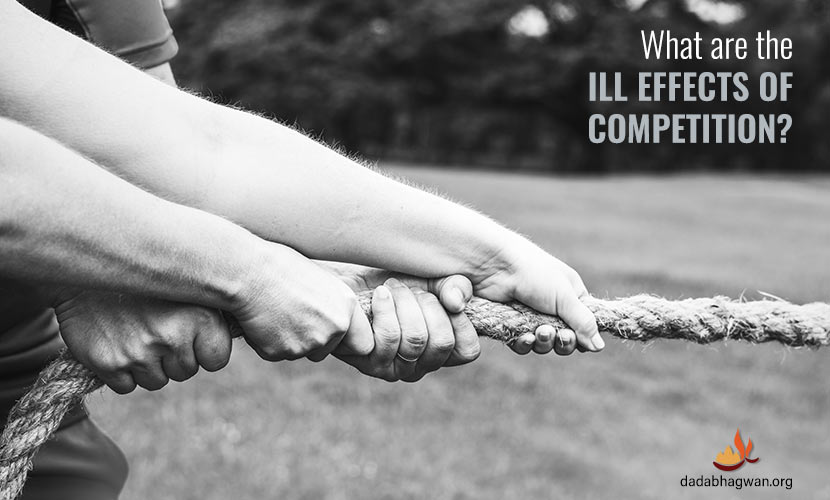 Today these shresthis have turned into competitive players in the worldly life. If their neighbor buys a new couch, they too will go out and buy one even if their couch is only two years old. They are stuck in competing with people. One can make do with a cushion to sit upon and pillows but instead they compete with their neighbors. How can these people be worthy of the title of sheth? The Indian concept of cushions and pillows on the floor is a great concept but people do not realize this and instead run after couches and sofas. When they see other people’s couches, they feel they too should have one, and then the squabbling starts in their home. The chauffer has a sofa in his home and so does the sheth. All this is very unnatural.

People even imitate clothes. If they see someone making rotli(Indian flat bread, chapatti) on a gas stove, they too will run out and buy a gas stove. Do they not realize the difference in the taste between rotli cooked on charcoal and rotli cooked on the gas? There is no problem in buying things but why do it out of competition? People have lost their humanity with such competitiveness. People are regressing. Animal-like behavior will merit a birth in the animal kingdom. Otherwise, a shresthi is a very happy and content person and is constantly thinking about how he can make others happy. Only he who is happy can make others happy. How is a person to make others happy when he himself is miserable? Unhappy people do bhakti and are preoccupied in working to become happy.

Setting aside all talks of moksha, should you at least not have control over artadhyan and raudradhyan? How can anyone be allowed to continue in them? But what are you free to do? You are free to do dharmadhyan and yet people are freely preoccupied in doing durdhyan (negative meditation). Should you not at least have awareness of what is appropriate and what is not?