Why love of a mother is the highest form of worldly love?

Real love should not break under any circumstances. So it can only be called love if it never breaks. That is the test of love. However, whatever love there is which is of any worth, it is the love of a mother. 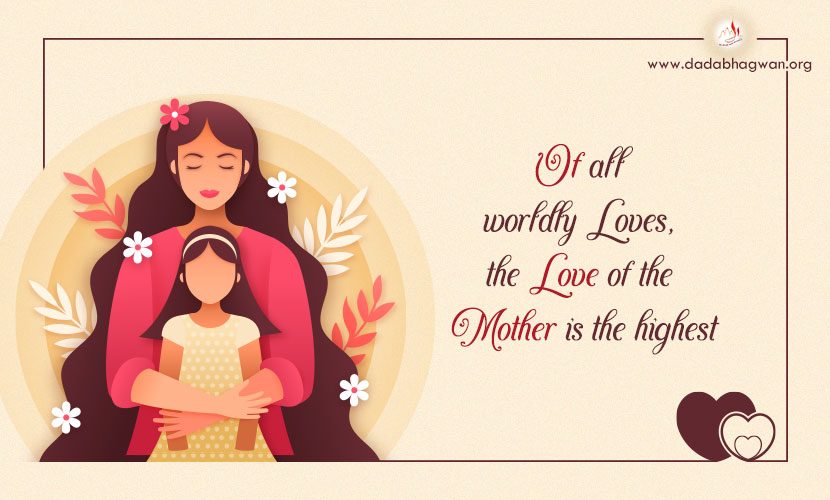 Questioner: You said that mothers have love and not fathers. So would the father not feel bad?

Dadashri: Even then, there is evidence of a mother's love. The mother feels happy when she sees her child. What is the reason behind that? It is because for nine months the child had made the mother's body a dwelling place. The mother feels that she gave birth to the child and the child feels that he was born out of his mother. This is how intense the oneness between the two becomes. Whatever the mother ate, became blood for the child. So this is a kind of love of oneness. Really speaking it is not love. Relatively speaking it is love. So if love is to be found anywhere, it is with the mother. With her you can see some signs of love. However it is a relative love subject to increase and decrease, and has its limitations. It may fracture at any time.

These are all relative relationships, not real. If the father were to die, his son would follow him if it were real love. That is called love but would any son do that?

Questioner: Nobody has done that.